A NATION IN DEBT and A FAILED FIAT EXPERIMENT: Kevin Massengill on the Myths We’re Told about the Economy

Regardless of who’s in power, it seems like we’re always being told to spend our savings because it’s good for the economy. They’d have us believe that fiat currency is the key to our seemingly stable financial regime, but skeptical minds question whether we can really trust our leaders to level with us on how the economy’s really doing – and whether our current level of prosperity can be maintained at all.

Seeking deeper knowledge on these issues, Crush the Street interviewed financial expert and commentator Kevin Massengill, who co-founded the fintech data analytics firm Meraglim. Located on the worldwide web at Meraglim.com, the firm was established by Mr. Massengill with gold guru Jim Rickards.

Mr. Massengill’s list of qualifications is extensive, to say the least. We can start with his military honors: a U.S. Army Airborne Ranger qualified officer trained in Arabic and Russian, Lieutenant Colonel Massengill was awarded the U.S. Army Legion of Merit and the U.S. Department of State Meritorious Honor Award at his retirement following 20 years of service. 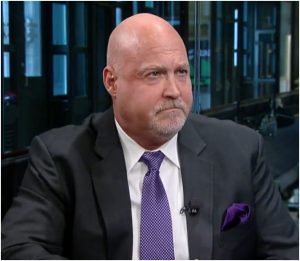 A native of St. Louis, Missouri, Mr. Massengill was a Distinguished Military Graduate of the University of Missouri-Columbia with a B.A. in Russian Area Studies and was awarded a U.S. Army Top 5% Fellowship. He holds an M.A. in Near Eastern Studies from Princeton University and has been a guest seminar lecturer in the Woodrow Wilson School of Public and International Affairs.

In addition, Kevin Massengill has completed the Program on Negotiation for Senior Executives at Harvard Law School, along with INSEAD’s International Directors Program at Fontainebleau, and held FINRA Series 7 and 63 licenses. Before co-founding Meraglim, Mr. Massengill served as Senior Vice President – International Strategy and Business Development for Leidos Holdings, Inc., where he was responsible for strategy, business development, and portfolio management for the $5 billion company’s international business.

Moreover, Kevin Massengill was named editor of Rickards’ and Massengill’s Defense Technology Alert by Agora Financial in 2016. In addition to all of that, Kevin is a senior executive in Fortune 500 aerospace, defense, and information technology companies, as well as a private equity firm in Chicago, and he is an advisory board member of Flynxx, a California technology startup.

Plus, Mr. Massengill is the managing director of Massengill Advisory LLC, a Florida-based family office managing investments in deep-value equities, precious metals, real estate, and technology. This firm can be found on the web at MassengillAdvisory.com.

In order to tap into Mr. Massengill’s deep reserve of knowledge on the economy and how our leaders have led us astray, Crush the Street was fortunate enough to speak with Mr. Massengill on these matters. According to Kevin Massengill, what we’re witnessing is the end of the 40-year fiat currency experiment; we’ve never before had a situation in world history in which all nations have disassociated their currencies from any tangible value. 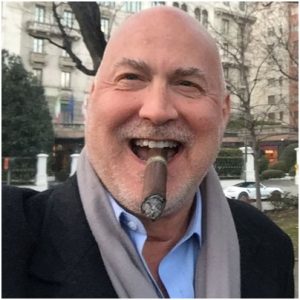 Essentially, we’re playing with global Monopoly money now, and have been since 1971 (when the U.S. took the dollar off of the gold standard), according to Kevin Massengill. We are in uncharted territory, as this disassociation has no historical precedent.

To make matters worse, according to Kevin Massengill, we as a nation are trying to find a shortcut to wealth: governments and central bankers aren’t telling us to produce, to build our capital savings, to invest our savings with prudence, and help grow the economy that way. Instead, they tell us to go out and spend – the government and the Fed can simply cut checks with Monopoly money, tricking people into thinking that we’re in good economic times.

They’re trying to convince us that if we just spend money, that will make the economy run and will lead to prosperity. But that’s not how the real world works, according to Kevin Massengill: the reality is that economies grow based on us producing more than we consume, plain and simple. You can’t get rich by going into debt or by cutting checks – not as an individual or as a society.

We believe that Mr. Massengill really hit the nail on the head in this interview, so we invite you to watch the full presentation to hear everything he told us about the state of the economy in the U.S. today. For more economic information and analysis from Kevin Massengill, you can visit Meraglim.com as well as MassengillAdvisory.com.

Along with our hard-hitting interviews, Crush the Street offers a wide variety of outstanding financial research reports, including our report on the top three steps you can take to protect yourself from the impending collapse of the U.S. dollar, our report on the 3 best ways to profit from silver’s rise, plus over a half-dozen of Crush the Street’s exclusive reports on dividend riches available from this page.