AFTER THE WASHOUT: Kevin Werbach on Bitcoin’s Tough Year – and Brighter Future

When the floor fell out from under Bitcoin in November after several months of apparent stability, many investors were shaken out of their complacency and left high and dry amid the chaos. In the wake of the shakeout, cryptocurrency believers are seeking answers – and perhaps some reassurance.

In pursuit of clarity on what caused the crypto crash and what the recovery will look like, Crush the Street chatted with Kevin Werbach, a highly accomplished author and speaker on cryptocurrency, finance, and technology.

Kevin Werbach is a Professor of Legal Studies and Business Ethics at the Wharton School, University of Pennsylvania. His work examines the intersection of business, policy, and emerging technologies in areas such as broadband, blockchain, and big data.

Werbach co-led the review of the Federal Communications Commission for the Obama Administration’s Presidential Transition Team, and has served as an expert advisor to both the FCC and the U.S. Department of Commerce. He founded the Supernova Group, a technology consulting firm, and for nine years hosted the influential Supernova executive technology conference. 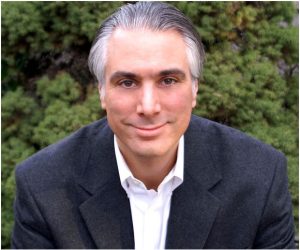 Werbach is the co-author of For the Win: How Game Thinking Can Revolutionize Your Business, author of The Blockchain and the New Architecture of Trust, and editor of After the Digital Tornado: Networks, Algorithms, Humanity. Over 450,000 students worldwide have enrolled in his Coursera massive open online course, and he was named Wharton’s first-ever “Iron Prof” for his research applying game design principles to business.

Earlier in his career, he served as editor of Release 1.0: Esther Dyson’s Monthly Report, and as Counsel for New Technology Policy at the FCC during the Clinton administration. Mr. Werbach’s publications, videos, and other media can be found at Werbach.com.

During our interview, Crush the Street queried Mr. Werbach on the challenging events of 2018 in the world of Bitcoin and cryptocurrencies generally. According to Kevin Werbach, there clearly was a speculative frenzy and a bubble in Bitcoin last year, but we have to disentangle the price action of Bitcoin from the question of whether there’s value in cryptocurrency.

With the cryptocurrency crash we’ve seen this year, according to Kevin Werbach, critics came in and declared that Bitcoin is a “fraud” and has no value – which, of course, is not the case. That being said, we’re not at the point where we can have confidence regarding the price of cryptocurrency, as the basic infrastructure is still in the early or “immature” stages.

According to Kevin Werbach, we have to recognize that Bitcoin still isn’t a very liquid asset, and there are whales who can come in and manipulate the price by controlling a large percentage of the trading volume. Ultimately, there isn’t a lengthy history there and we can’t effectively subject Bitcoin and other cryptocurrencies to fundamental analysis like we do with other asset types. 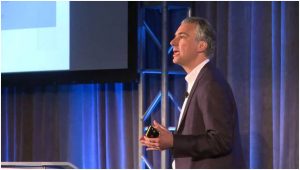 So, according to Kevin Werbach, while investors might have believed that Bitcoin at $6,000 was the new normal, they really didn’t have any compelling reason to believe that the price would stay there. And now, with Bitcoin having broken below $4,000, Mr. Werbach doesn’t feel that we should be confident that we’re necessarily at the end of the crisis.

Nonetheless, while we can’t know where the price of Bitcoin will go in the near term, there is ample reason to see a bright future for cryptocurrency. Regulators are in the process of creating a trusted environment for legitimate transactions; institutions are coming into the world of crypto; and cryptocurrency does continue to have real value for investors.

I learned a great deal from speaking with Kevin Werbach and I’m confident that you will too, so don’t hesitate to listen to Crush the Street’s full interview with this cryptocurrency and blockchain expert. You’ll also want to check out all of Kevin’s videos, publications, and other resources at his website, Werbach.com.

And don’t miss out on the premium financial reports available only at Crush the Street, including our rookie-to-expert guide to cryptocurrency investing, our report on the coming artificial intelligence revolution and how you can protect yourself, along with our Forever Income report with secure lifetime cash-flow stream strategies.