AMERICA’S DOWNWARD SLIPPERY SLOPE: When and How Did it All Start?

America in decline: it’s a tale told many times in the alternative media but hardly ever on television or in the mainstream press. Inquiring minds are seeking the root causes of our current situation: how did we get here, and what forces are shaping the current geopolitical and economic quagmire America has become?

In order to better understand how it all happened and what’s really going on in America today, Crush the Street interviewed Dr. David H. Janda, M.D., host of The Operation Freedom Radio Show, which broadcasts every Sunday from 2:00 p.m. to 5:00 p.m. Eastern Time. The show can be simulcast from the Listen Live button on the top of the www.davejanda.com home page.

David H. Janda, M.D. was a practicing orthopedic surgeon based in Ann Arbor, Michigan and a member of a nine-member orthopedic surgery group from 1989 until his retirement from medical practice on January 1, 2017.

Dr. Janda is also the Director and Founder of the Institute for Preventative Sports Medicine, based in Ann Arbor, Michigan, which is the only health-care cost containment organization of its kind in North America. Throughout the years, Dr. Janda’s academic career has been highlighted by a long and impressive list of awards and distinctions. 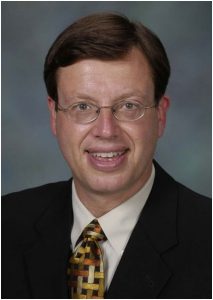 In addition to his role as a clinical orthopedic surgeon for 27 years, Dr. Janda has also distinguished himself in the research arena for over 30 years. One of his more notable works is based on an injury prevention analysis in the most popular team sports in the United States. Furthermore, Dr. Janda was the lead investigator in a series that was published in the Journal of the American Medical Association.

Dr. Janda has had the opportunity to present before a sub-committee of Congress, which led to the utilization of preventative methods to reduce injuries within the federal government system. Dr. Dave Janda’s research has been given wide exposure by the electronic, as well as print media, and has gained wide public acknowledgment.

The books Dr. Janda has authored chronicle his efforts in the field of preventative sports medicine and outline his approach on how to create a more available and more affordable health-care system. He and the book, The Awakening of a Surgeon, have been featured guests on the Oprah Winfrey Show, and his research- and prevention-based studies have been featured on many network television, radio, newspaper and magazine presentations.

In his Operation Freedom program, Dr. Janda brings to the table information the mainstream media either ignores or is afraid to bring to light. Every week, Dave will bring featured guests that have a background in health care, economics, finance, and geopolitics to discuss current events. When the listener “leaves the operating room,” so to speak, they are better off and on the road to a better life.

Crush the Street was very privileged to speak with Dr. Janda to get his perspective on how America’s decline came to be. According to Dr. Dave Janda, the Fed was created in 1913 by the globalist syndicate – passed into law late at night on Christmas Eve – and with that act, the money supply of the United States was handed over to the globalist/criminal international syndicate/deep state.

That event, according to Dr. David Janda, is when the country really started on its downward slippery slope. We have to remember that all of the mainstream media is part of the globalist syndicate, explains Dr. Janda, and they are a propaganda arm, not an information arm. 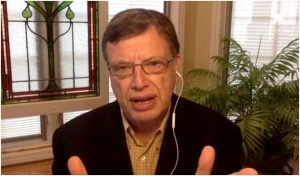 Furthermore, according to Dr. Dave Janda, the goal of the mainstream media platforms is to misinform and to keep people so uninformed that they can’t make a reasonable assessment of what’s happening now, in the past, or in future events to come.

Along with the mainstream media, the central banking system has been a major contributing factor to America’s startling decline, according to Dr. David Janda. Shockingly, as Dr. Janda points out, the current Fed chair went in front of Congress this year and said that “The United States is not on a sustainable financial path” – pretty scary stuff.

You’ll be amazed at what else Dr. David H. Janda had to say in our interview, so don’t miss a moment of this must-see presentation. We also highly recommend that you visit Dr. Janda’s website, www.davejanda.com, and that you check out his popular program, Operation Freedom.

It’s also important that you avail yourself of Crush the Street’s wide selection of financial reports, which include our complete guide to gold and silver investing, our top three steps you can take to protect yourself from the death of the U.S. dollar, as well as our full page of highest-conviction wealth-generating reports that can all be accessed right here.