Are You Truly Prepared for the MAJOR DISRUPTIONS Coming from Artificial Intelligence?

Crush the Street had the opportunity to discuss the topic of artificial intelligence in depth recently with Anthony Patch, an author, educator, researcher, radio broadcaster, and speaker, as well as the founder and editor-in-chief of AnthonyPatch.com. Anthony is also the founder of Entangled Magazine, an insightful and revelatory digital publication focused on current advances and pronouncements quantum computing, artificial intelligence, cryptocurrencies and the blockchain, quantum mechanics, and DNA/RNA modifications.

In his writing and speaking, Anthony Patch translates science, both ancient and modern, and its impact on the future of humanity. As a passionate researcher and reporter, Anthony hopes to inspire critical thinking that is clear, rational, open-minded, and informed by evidence. With AnthonyPatch.com and Entangled Magazine, he encourages his audience to engage in the mental processes of actively and skillfully conceptualizing, applying, analyzing, synthesizing, and evaluating information in order to reach answers or conclusions. 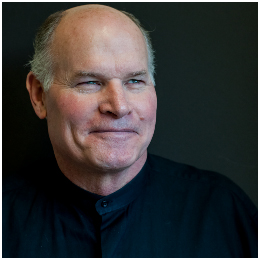 In the interview, Mr. Patch mirrored the sentiment of cosmologist Stephen Hawking that this could be the worst event in the history of civilization. According to Anthony Patch, we have to look at the radical changes that are presently taking place: for example, Google is now labeling themselves as an artificial intelligence company.

According to Anthony Patch, it’s a parabolic explosion of artificial intelligence that we’re witnessing, and you can either get with the program and adopt AI… or go out of business. Like it or not, your job is at stake in this new era of machine learning domination.

The displacement of jobs by artificial intelligence is happening in multiple sectors. Take the engineering field, for example: according to Anthony Patch, the licensure process of engineers across the country is under threat. Some of the processes that can be quantified into a software environment that engineers do on a repetitive basis, will be taken over by artificial intelligence.

Local and national governments won’t see any need to continue requiring engineers to hold a license when artificial intelligence can do much of the same work. If the licensing process of engineers is taken away, this will translate to a lack of accountability in the environment: freeways and roads, bridges, buildings, etc. 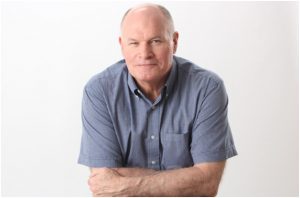 With licensed engineers, there’s a level of accountability that society just won’t get with artificial intelligence; without this accountability, society suffers. Yet it’s not just account engineering: similar occurrences will occur in the legal arena, the financial arena, and other arenas where accountability is of paramount importance.

Mr. Patch describes artificial intelligence as a parabolic explosion of dollars being invested around the world. Therefore, according to Anthony Patch, if you do not adopt AI, you will be left behind – you will be virtually bankrupt. Pandora’s box has already been opened, and most of us are trying to play catch-up while certain interests are hellbent on pushing the AI agenda, simply for the competitive advantage of profit-making.

There’s so much to be unpacked within the topic of artificial intelligence, jobs, and accountability – Crush the Street highly recommends listening to our complete interview with Anthony Patch for critical information on this. We also suggest that you avail yourself of our suite of exclusive reports, including Crush the Street’s full report on how to protect yourself during the AI revolution, our report on the fortunes still to come in cryptocurrencies and the blockchain, as well as a large selection of of Crush the Street’s highest-conviction reports all available on this page.