Whether Bitcoin has gone from “breakdown” to “broken” in 2018 is a topic of discussion in social media as well as the mainstream financial press. Few of the self-appointed gurus predicted the free-fall from $20,000 to under $4,000, and it takes a clear head and plenty of insight to make sense of what happened in a year that some HODLers would rather forget.

That’s where Crush the Street comes in, as we have access to the best minds in the world of finance today. To that end, we sat down and spoke with Adam Todd, a thought leader in the cryptocurrency and blockchain space. Adam is the Founder and CEO of the Digitex Futures Exchange, located on the worldwide web at DigitexFutures.com.

A former futures trader and betting exchange trader, Adam Todd once did a stint of 8 months’ full-time daily trading without a losing day. Adam developed Digitex as a revolutionary new token issuance revenue model for sustainably operating a futures exchange without charging any transaction fees on trades.

With the Digitex Futures Exchange, Mr. Todd has built from the ground up a revolutionary platform: a commission-free Bitcoin futures exchange where users can trade the prices of Bitcoin, Ethereum, and Litecoin with zero trading fees or transaction costs. Digitex also features its own native cryptocurrency, the DGEX Token. 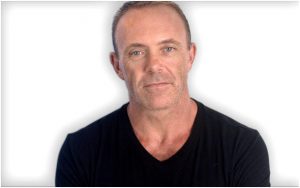 Speaking with Crush the Street, Mr. Todd had plenty to offer for the harried HODLers of the crypto-sphere. According to Adam Todd, 2018 was indeed a big disappointment for cryptocurrency: the community got so revved up by the potential and the price action of crypto in late 2017 that people got carried away; many of the things that were expected to happen simply didn’t happen yet.

Other factor, according to Adam Todd, included the plethora of cryptocurrency projects in 2018 that weren’t viable, as well as the scams out there that marred the crypto community. Despite the problems, however, Adam doesn’t feel that the cryptocurrency community got it wrong, and he believes that 2019 will be a lot better than 2018.

Specifically, 2019 will be the year when viable cryptocurrency projects come to fruition and mass adoption becomes a reality. It will, according to Adam Todd, be the year in which 2018’s promises will finally see the light of day.

In regard to finding a bottom for the price of Bitcoin and other cryptocurrencies, Mr. Todd looks to investor sentiment – or, more precisely, investor capitulation – as a signal for the end of the crypto bear market. When everybody agrees that they were all fooled and they just give up on cryptocurrency, that’s the true end of the bear market. 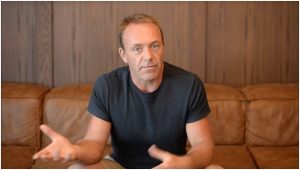 When the market shakes out all of the investors who have decided to throw in the towel, that’s when the price starts to turn around and go up, according to Adam Todd.  Cryptocurrency, at its core, is essentially the Internet of money: it’s a groundbreaking technology that’s part of our lives and it’s here to stay.

The promises of 2018 will be fulfilled, and more: Bitcoin and the blockchain’s true potential will be seen in the new year. According to Adam Todd, we can’t even imagine what will be achieved in crypto, and he has no doubt that Bitcoin will blast past its all-time highs.

Crush the Street’s talk with Adam Todd was like a seminar, a strategy guide, and a pep talk all rolled into one, so don’t you dare miss out on this incredible interview. We also want to encourage you to check out the Digitex Futures Exchange and the DGEX Token, which you can find at DigitexFutures.com.

To tap into Crush the Street’s massive knowledge base of financial guides and reports, go now to the convenient download pages for our rookie-to-expert guide to cryptocurrency investing, our guide to the fortunes that will be made very soon in cryptocurrencies and the blockchain, as well as our Artificial Intelligence Investing Playbook with critical info on the big changes coming in machine learning.