BITCOIN’S DOT-COM BUBBLE? Adam Meister on What to do with Your Bitcoin Holdings

The price action of Bitcoin in 2018 has led traders and investors to wonder whether the world’s most popular cryptocurrency is experiencing its own version of the dot-com bubble. Many people are in the red, seeking advice on what to do with their depressed Bitcoin holdings.

Crush the Street wants to provide guidance to Bitcoin investors worldwide, so we had a lively chat with Adam Meister, a Bitcoin expert whose popular YouTube channel can be found at DisruptMeister.com.

Adam’s passion for Bitcoin has led him to travel to six continents in less than a year in order to contemplate the revolutionary economic aspects of cryptocurrencies. Adam Meister is all about disruption and he champions the cause of Bitcoin as the ultimate disrupter of the next ten to twenty years.

With at least one new video post every day of the year, Adam Meister’s YouTube channel provides a unique, passionate, and easy-to-understand take on Bitcoin and how it can be used as an agent of change and wealth building. Adam has been preaching his long-term buy-and-hold Bitcoin strategy on his channel since 2013, and he travels the world preaching the virtues of the Bitcoin revolution. 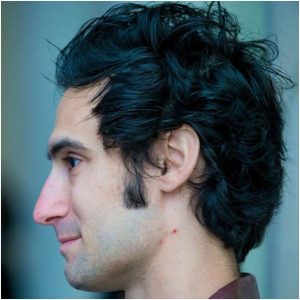 Mr. Meister likes to report from countries that get a lot of third-hand Bitcoin press mentions, like Mozambique, Zimbabwe, Namibia, South Korea, and Australia, so his viewers can learn about what’s really taking place on the ground. Adam coined the term “crypto-dividend” and was the first person to predict the friendly fork phenomenon that the space is currently experiencing.

While Adam specializes in early-stage cryptocurrency business promotion and financing with a focus on companies in developing nations, he is also currently working on a project that uses Bitcoin’s unique features to fuel a new form of crowdsourced political polling. Truly dedicated to the crypto cause, Adam Meister is constantly coming up with new business ideas that are based around practical uses of cryptocurrencies.

Crush the Street asked Adam about his stance on Bitcoin and what traders and investors should do with the Bitcoin they have in their accounts right now. As far as short-term buying and selling is concerned, according to Adam Meister, people should not trade; most people lose when they trade Bitcoin.

Sure, it’s glamorous to trade Bitcoin short-term, and according to Adam Meister, most people can’t stand still – they’re impulsive and they feel like they have to do something with their Bitcoin. However, Adam tells us that the best thing is to do nothing with your Bitcoin – the easiest thing to do, and yet also the hardest for most people.

For the long term, according to Adam Meister, just accumulating Bitcoin is fine and he isn’t worried at all about whether Bitcoin goes below $6,000. In the long run, the way Adam sees it, we’re just one day closer to getting back to $20,000. 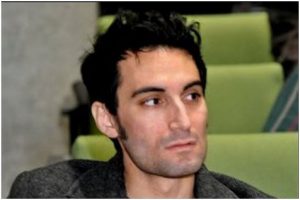 Looking back historically, Bitcoin has returned to its all-time high every single time it corrected. According to Adam Meister, we need to think long-term: if you’re 20, just think about being a very wealthy 30-year-old.

And for anyone thinking that Bitcoin is experiencing its own version of the dot-com bubble, Adam reminds us that hardly anyone is in crypto now compared to the size of the world’s population. There will be another bubble in Bitcoin, according to Adam Meister, and it will be bigger than anyone can imagine right now.

Adam Meister’s views on Bitcoin are taken seriously by the crypto community, so we suggest that you watch the full interview to get the big picture on what’s happening with Bitcoin right now. You can also visit DisruptMeister.com for daily video postings from Adam on the ever-changing world of cryptocurrencies.

While you’re at it, you should also check out Crush the Street’s extensive library of educational materials, including our guide to the fortunes that will be made very soon in cryptocurrencies and the blockchain, our Forever Income report with secure lifetime cash-flow stream strategies, plus our must-read report on Aggressive Wealth Accumulation: Fundamental Saving and Cash-stacking Hacks.