BREAKDOWN IN THE SYSTEM: Harley Schlanger on the Perfect Storm Brewing in the Economy and Markets

A confluence of shocks to the stock market are converging as 2018 fights its way through its final month: technical chart levels being broken, the yield curve flattening and on the verge of inverting, the continuation of trade tensions… Investors are on the edge and seeking some sage guidance in these troubling times.

Untangling this economic puzzle requires experience and expertise, and thankfully Crush the Street had the golden opportunity to interview Harley Schlanger of LarouchePac.com. Harley has been featured on a number of radio programs and writes regular articles covering breaking news, economics, the New Silk Road initiative, the end of geopolitics, and more. 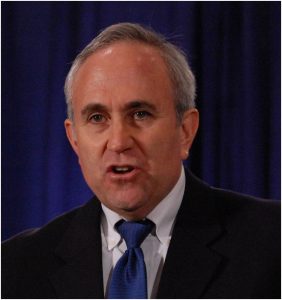 Harley has a wealth of knowledge to share about the current conditions in the global economy, so Crush the Street asked for Mr. Schlanger’s perspective. According to Harley Schlanger, while it’s true that there’s a convergence of events, more importantly there’s a breakdown in the system.

We can see the systemic breakdown on all fronts: riots in the streets of France stemming from deteriorated living conditions and a government that doesn’t care; in the United States, it’s the General Motors layoffs and now the rumor that Ford is going to have 25,000 layoffs; problems with General Electric and Sears – the signs are everywhere you look.

It comes down to a regime of skewed financial policies, according to Harley Schlanger: companies should be able to invest in new plants and equipment, but instead are borrowing huge amounts of money to buy their own stock shares. Then, when those stock shares lose value during an economic downturn, the ability to pay back the debt – especially as interest rates are climbing – becomes nonexistent.

So, according to Harley Schlanger, we’re caught in a bubble and a classic collapse scenario – and the problem is that policymakers have no solutions. The Fed has gone with quantitative easing for so long that they can’t get out of it: they’ve altered the financial system so profoundly that we’re now in unknown waters. 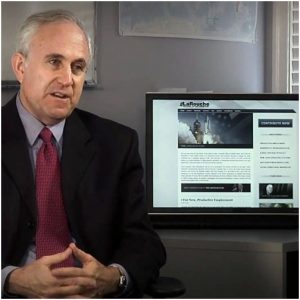 As Mr. Schlanger explains it, after 2008 the decision was made to continue the speculative economy – to continue providing cheap or zero-interest credit to speculators: the shadow banking system and the offshore markets. This, according to Harley Schlanger, is because they didn’t want to write down what was already known to be bad debt – as much as $24 trillion of junk-bond debt.

This created a giant corporate debt bubble, which is now around $14 trillion to $15 trillion, which we can add to the $21 trillion of federal government debt as well as the private debt problem that Americans face with credit cards, student loans, automobile loans, and so on. All of the above, according to Harley Schlanger, adds up to a perfect storm of bad news for the economy and the markets.

Crush the Street’s interview with Harley Schlanger is truly unforgettable, and you just can’t afford to miss this informative presentation. To get more insights from Mr. Schlanger, we recommend that you visit his home on the worldwide web, LarouchePac.com.

Even more financial insights are available right now through Crush the Street’s suite of premier downloads, including our report on the top 3 steps you can take to protect yourself from the demise of the U.S. dollar, our complete guide to gold and silver investing, and our full page of highest-conviction wealth-generating reports that can all be accessed right here.