Can We Stay BULLISH ON BITCOIN? Jason Appleton on the Current State of the Crypto Space

Regulations in Asia, the United States, and elsewhere have created some bumps in the road for Bitcoin investors, who have been asking questions and seeking guidance on the cryptocurrency markets. Amid the buzz of commentators, the perspective of a successful crypto investor could help shed some light on what’s going on with Bitcoin right now.

A truly inspiring success story can be found in the life and investing journey of Jason Appleton, a cryptocurrency trader, investor, and educator through his Crypto Crow Youtube Channel with over 79,000 subscribers and growing daily, as well as his website, JasonAppleton.com.

A former pro-am MMA fight promoter and VP of sales for a national mortgage company, Jason Appleton began his venture into cryptocurrencies in December of 2017 and quickly established a loyal following inspired by his rise, educated by his lessons and touched by his story of rags to riches and a never-quit attitude.

Having grown up with very little, Jason Appleton knows what it’s like to live on Ramen noodles and 39-cent meat packets. Raised by a single mother, Jason saw struggle every day of his life. He spent 40 years learning new industries and establishing a name in those industries for integrity, hard work, and accomplishment. 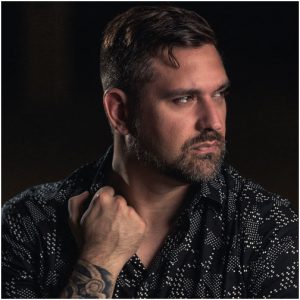 Now in the cryptocurrency space, Mr. Appleton’s mission is to rise into the ranks of the wealthy while bringing others along for the ride, every step of the way. He aims to educate newcomers to the crypto space while teaching them security, analysis, and more in the name of empowering others to build wealth in what may be a small window of time where making a dollar out of 2 cents is more than probable.

On his Crypto Crow Youtube Channel Jason Appleton has demonstrated how he turned $3,500 into $90,000 in 60 days by investing into cryptocurrencies and from there, he has continued to help educate beginners and veterans alike about trading practices, ICO reviews and many other facets of cryptocurrency investing and trading.

Currently, Jason Appleton is preparing the launch of his own TV show to over 47 million homes in the United States. Called The Crypto Crow Show, Jason’s program will be aired on Roku and 5 major U.S. markets.

Crush the Street spoke with the very busy Mr. Appleton to get his view of the current state of Bitcoin and whether he’s bullish or bearish. According to Jason Appleton, Bitcoin is much like an immortal vampire: it will not die and it’s not going anywhere.

Ultimately, according to Jason Appleton, Bitcoin is and will continue to be a store of value. When it comes to other cryptocurrencies, whether you’re trading them or you’re using them for other purposes, you’re very likely to covert it back to Bitcoin because that’s the safe haven among cryptocurrencies. 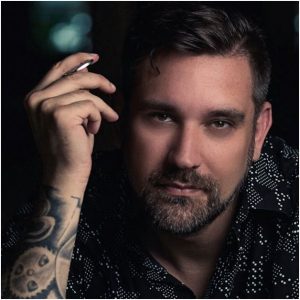 Therefore, according to Jason Appleton, if you’re not buying and holding, you’re probably just going to end up selling for a loss. And regarding listening to the mainstream media in the crypto space, you don’t need the support of the popular mainstream TV channels to succeed as an investor – and Bitcoin itself doesn’t need their support to be successful, either.

You’ll need to watch Crush the Street’s full interview with Jason Appleton to get the rest of the information and analysis that he generously shared with us. And for more of Mr. Appleton’s wisdom in the areas of cryptocurrencies and finance in general, check out his Crypto Crow Youtube Channel and his website, JasonAppleton.com.

While you’re at it, don’t pass up the opportunity to get your copy of Crush the Street’s critically important economic reports, which include our guide to the fortunes that will be made very soon in cryptocurrencies and the blockchain, our report on the coming artificial intelligence revolution and how you can protect yourself, along with our Forever Income report with secure lifetime cash-flow stream strategies.