Contagion Risks and the Utter Disconnect Between ECONOMIC HYPE and Reality

The economy in the United States is essentially a tale of two worlds. On the surface, it seems like the stock market is completely resilient and the jobs market is booming. On the other hand, we have unsustainable debt, interest rate normalization, and the threat of hyperinflation: there’s a dichotomy between apparently the positive economic results and the major deep-rooted issues that lie underneath the surface.

One can only wonder whether we can trust the published and proclaimed “facts” in this upside-down, irrational environment. Speaking out on this is Dan Kurz, a CFA (Chartered Financial Analyst)’s with DK Analytics, located on the web at DKAnalytics.com. Mr. Kurz has over 30 years of investment experience, including two decades spent in Zurich, Switzerland for private banks.

Through posts, reports, and videos, Dan Kurz and DK Analytics offer investors independent ideas in an era of financial repression and crony capitalism. Mr. Kurz is known for conducting deep research on financial data and using it to create the big picture for his readers and listeners so they can arm themselves against the risks lurking in the global economy. Dan’s deep and broad analytical experience at the macro and micro levels are reflected in numerous food-for-thought pieces at DKAnalytics.com. 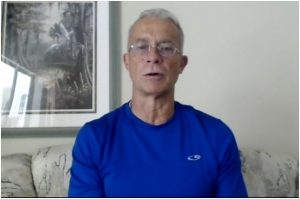 Crush the Street spoke recently with Mr. Kurz regarding the disconnect between the stock market and the actual data we see in the U.S. and world economy. According to Dan Kurz, we’re not actually in a situation, be it market-wise or job-wise, that can be considered robust. In fact, if we were to use unemployment calculation methods from the 1980s, before governments started manipulating the numbers, we would have a real unemployment rate of over 20%.

Even with the current calculation methods, according to Dan Kurz, the government statistics show a workforce participation rate that is at a 40-year low. And yet, if someone loses a full-time, high paying job and it’s replaced by several part-time jobs, the government counts this as lower unemployment.

Furthermore, according to Dan Kurz, we have what’s known as the birth-death model, which extrapolates into the future an unrealistic, overly robust expectation of net new incorporations. Besides, all of the government’s announced jobs numbers are revised to the negative a quarter or two later, or even a year later – but nobody pays attention to that.

We’re in a day and age in which the central banks’ printing presses, having produced $16 trillion of global balance sheet expansion, have caused a remarkable levitation of asset values. According to Dan Kurz, it’s a matter of supply and demand: the central banks of the world have intervened again and again, and the stock market traders have been riding their backs (the Greenspan put, the Bernanke put, the Draghi put, etc.). 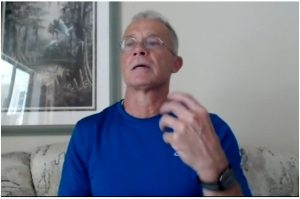 What we’re witnessing here is a total disconnect between present-day valuations of assets, including stocks, bonds, and real estate. As far as the bond complex is concerned, according to Dan Kurz, we’re in a 37-year unprecedented bond bull market, the last 10 years of which have been “massaged” and manipulated through central bank money printing.

We are in an interconnected world with global money printing and asset value levitation, according to Dan Kurz. It’s becoming more and more difficult to find a place to hide, and when this unsustainable complex blows – when confidence in the system is lost – it will be extremely difficult to escape. Due to financial repression, we have an utter disconnect between the markets and the underlying economic reality, which itself is undermining capitalism, private property rights, and other cherished fundamental values.

Dan Kurz’s warnings regarding economic hype and reality are extremely compelling, and Crush the Street suggests that you listen to our complete interview. Another essential source of information is Crush the Street’s full offering of exclusive reports, which includes our report on the three top steps you can take to protect yourself from the death of King Dollar, our Forever Income report with secure lifetime cash-flow stream strategies, and our report on the fortunes still to come in cryptocurrencies and the blockchain

While you’re at it, you’ll want to check out a new section on the homepage at Crush the Street called Critical Investor Data where we really break down high-paying dividend and blue-chip stocks, as well as domestic and international stocks, REITs and MLPs; it’s a treasure trove of information that you won’t want to miss.