After basing for months between $6,000 and $7,000, Bitcoin made the financial news recently – but not in the way that most investors were hoping it would. Breaking below the $6,000 level felt, for many, like the rug being pulled and the potential start of a free-fall in Bitcoin and other cryptocurrencies. But is that what we’re really seeing in Bitcoin’s recent price action?

In search of an experienced voice in the crypto markets, Crush the Street had an eye-opening discussion with Doc Severson, co-founder of ReadySetCrypto.com and author of Hacking the Holy Grail: The Trader’s Guide to Cracking the Code of Profitability.

Doc’s specialty is to take absurdly difficult concepts and simplify them so that anyone can apply them in order to get an edge in the financial markets. Since 2005, Mr. Severson has been a highly sought-out specialist in multiple time-frame trading systems, “fractal energy” trading, trader mind-set and trader psychology applications, and trader performance enhancement across all markets: stocks, options, futures, and cryptocurrencies.

At ReadySetCrypto.com, Doc, empowers people at all skill levels to become successful cryptocurrency traders. Through fundamental analysis, security assistance, and trade ideas, ReadySetCrypto.com guides investors away from bad advice and danger while teaching the necessary skills to seize the incredible opportunities in the cryptocurrency markets. 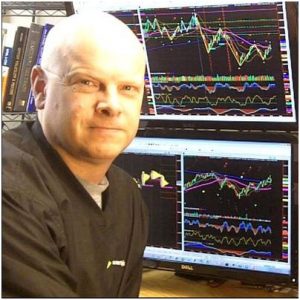 In speaking with Mr. Severson, Crush the Street took the opportunity to ask him for his take on Bitcoin’s price pressure as of late. According to Doc Severson, Bitcoin has actually been in a bear market since late winter/early spring, and he’s been through many similar bear markets – so similar, in fact, that they all end up the same way.

Unlike just about everyone else involved in crypto, when Bitcoin looked like it was bottoming out in the $6,000s, Doc was actually looking for it to go lower. In fact, believe it or not, he wanted Bitcoin to get crushed; he wanted to see the Band-Aid get ripped off.

This, according to Doc Severson, is because the only he has seen bear markets recover is by having a final capitulation. And this final capitulation is something that we’ll see across the board because it will be universal: nearly every article and news program will be negative on cryptocurrency.

You’ll start seeing headlines like: “Is This the End of Crypto?” and retail traders across the board will give up on HODLing (buying and holding through the volatility) and decide that they just can’t take it anymore. You’ll see a collective capitulation happen, according to Doc Severson, where people will declare the death of Bitcoin: they’ll assert that cryptocurrencies are gone and will never recover.

Doc says this because he has been through this and seen it many times before: he saw it in the financial collapse of 2008, where the system seemed to reach the “point of no return” – and just when the vast majority of people give up and walk away, that’s when the market suddenly starts to rally. 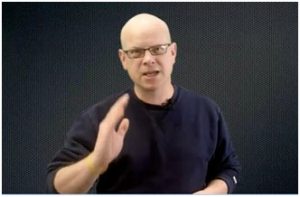 There’s actually a name for this stage: the “disbelief phase.” And the disbelief phase, according to Doc Severson, means that nobody is on board with that rally. The dip buyers don’t come in and nobody believes it’s a real rally because they don’t trust it: they’ve been punished too many times.

And that’s when the rally really takes off: it will take off, and it will have nobody on board, according to Doc Severson. The train will leave the station… with no passengers on it. That’s why Mr. Severson wants to see Bitcoin have a waterfall decline with a massive spike in volume and negative sentiment everywhere you look. That, says Doc, will be the beginning of the end of this Bitcoin bear market.

I believe that Doc really hit the nail on the head with his perspective on Bitcoin and cryptos in general. Our conversation is packed with great ideas and knowledge on cryptocurrencies and other financial areas, so be sure to check out our full interview. While you’re at it, make sure that you visit ReadySetCrypto.com and get yourself a copy of Hacking the Holy Grail: The Trader’s Guide to Cracking the Code of Profitability.

There’s also plenty of great reading material in Crush the Street’s exclusive economic reports, which include our guide to the fortunes that will be made very soon in cryptocurrencies and the blockchain, our Artificial Intelligence Investing Playbook with critical info on the big changes coming in machine learning, plus our Forever Income report with secure lifetime cash-flow stream strategies that you can start using today.