GOLD TO POWER HIGHER NOW? Eric Hadik Explains What to Look For

Gold investors cheered the highly encouraging price action in gold in the final months of 2018 after a long, range-bound consolidation period. It was an exciting time to be in gold, but is there more upside to come, and what should investors be looking for in gold’s price action now?

These questions and many more were answered in Crush the Street’s highly informative interview with commodities expert Eric Hadik, the veteran trader and analyst behind Insiide Track Trading, located on the worldwide web at InsiideTrack.com.

First introduced to commodity futures in 1979-80, Eric S. Hadik has been intimately involved with the markets for over 35 years. His first introduction to technical analysis came through Fibonacci Mathematics and the Elliott Wave Principle, and he began trading in 1982. However, it was not until he discovered the works of W.D. Gann and Gann’s integration of Biblical and natural cycles that Eric knew he had discovered his life’s passion and purpose.

In the early 1980s, after trading his own accounts while studying the markets and technical analysis for 5 years, Eric moved to Houston, Texas. He continued to trade and began working with a firm that specialized in training top-level corporate and individual traders in the field of technical analysis. 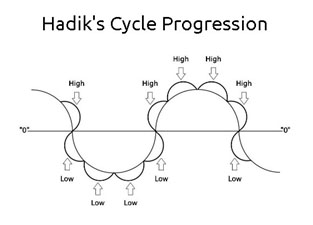 In the early 1990s, Eric laid the groundwork for what is now Insiide Track Trading, dealing with and advising hundreds of individual and corporate traders. Eric Hadik has been a recurring guest on the weekly show Inside Wall Street and was contacted for analysis by editors at Barron’s, USA Today, and The Wall Street Journal as well as by commentators at CNBC, where he has made multiple appearances.

Crush the Street had the opportunity to speak with Mr. Hadik about what he’s looking for in gold’s price action today. According to Eric Hadik, when analyzing the price of gold, first we have to look at gold’s intrinsic value, or the value that most people assign to it, as well as gold’s speculative value, which is the portion of gold that swings wildly sometimes.

Looking at gold on a multi-year time frame, according to Eric Hadik, we could view gold’s current price action as a corrective rally. However, if we look at the whole decline from 2011 to the December 2015 low, and we view the corrective rally from that standpoint, it is something that does take some time to play out. 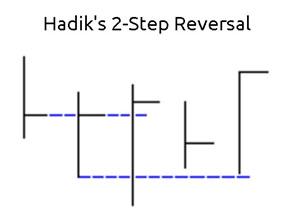 However, there are some support levels in gold which will either confirm or negate the corrective rally scenario, according to Eric Hadik. When gold experienced an initial surge in the third quarter of 2015, and then pulled back into late 2016, that set a critical range that gold should not drop below, and in fact has not dropped below, and should ultimately exceed.

Still, this doesn’t dictate the exact timing for gold’s ultimate breakout to the upside, according to Eric Hadik. And so, gold’s price action since late 2016 has been very indicative of a corrective rally: you don’t get an uptrend that takes off and continues to build momentum for a year, but instead you get these two to three month surges, after which there’s a prolonged period of the price pulling back.

But as long as those corrections don’t violate the preceding lows, then we can describe gold as having a basing period: a slow, gradual turning of the tide. Much like reversing course on an aircraft carrier, it doesn’t happen all at once, and there’s even some counter-momentum to be expected.

Then it has to slowly build up the new momentum to the upside, according to Eric Hadik, with a lot of corrective action in there – and once you start to see some rallies with each ensuing pullback being a little less damaging than the one before, that’s when you start to get into the phase where gold is more primed for an accelerated move to the upside. 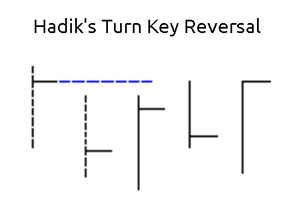 Erik Hadik has a great deal to share about commodities, stocks, and the markets in general, so be sure to listen to Crush the Street’s complete interview with Mr. Hadik. Plus, you can tap into Erik Hadik’s extensive knowledge base on his website, InsiideTrack.com.

To help prepare yourself for what’s coming next in precious metals, you’ll definitely want to get your copy of Crush the Street’s top-rated financial reports, including our complete guide to gold and silver investing, our report on the 3 best ways to profit from silver’s rise, as well as a sampling of our highest-conviction reports all on this one page.