Is the FLOOR FALLING OUT from under Bitcoin? A Timely Talk with Crypto Prophet Vortex

Some folks in the traditional media outlets, and perhaps some late-stage investors as well, are convinced that Bitcoin and the blockchain are a fad: here today, gone tomorrow, just a flash in the pan. Others will state that there’s real growth in the cryptocurrency and blockchain space, and that Bitcoin is merely hitting a temporary resistance point. It’s a heated debate and a very important one, with great fortunes at stake.

Crush the Street wanted to know whether the floor is really falling out from under Bitcoin, cryptocurrencies in general, and the blockchain space. Therefore, we talked with Vortex, Bitcoin enthusiast and host of the Crypto Cast Network, a program that covers all things related to Bitcoin and cryptocurrencies. Vortex also offers a programming course at ProgrammingWithBitcoin.com, where students learn about Bitcoin fundamentals, creating and signing/verifying transactions, key generation/derivation, transaction building, building your own wallet, setting up a BTCPay Server Store, and much more.

Vortex, who is also the co-founder of Private Key Publishing, has been something of a mentor to Crush the Street regarding Bitcoin and cryptocurrencies. He encouraged us to look into Bitcoin at the right time, and we certainly are grateful for the positive changes in our lives due to the changes in Bitcoin. Many Crush the Street subscribers have done quite well in the crypto space due to our early calls in specially selected and analyzed tokens, and we will continue to watch the markets for these types of opportunities.

A true early mover and adopter in the space, Vortex was involved in the cryptocurrency markets long before the huge boost of euphoria we all saw in 2017. In fact, Vortex was involved way back in 2012, and fortunately he is still involved and glad to educate others about the many facets of the world of digital currencies.

In our interview, Crush the Street asked Vortex the burning questions that everybody wants to know: Are we in a bear market? A stagnant market? Is Bitcoin going down to $1,000? And in response, Vortex conceded that the hype in Bitcoin has settled down a little bit: where we are right now with Bitcoin, in macro terms, is still the early stages and we’re not looking for BTC at $100,000 until around 2020.

According to Vortex, however, there is still a great deal of opportunity to get in. Sure, there’s a lot of blockchain right now, but when it comes to Bitcoin, we are always in a long-term bull market. To really see this, you would have to pull back the charts: when in doubt, zoom out.

Bitcoin essentially adds a zero to its price every two years, according to Vortex, so it’s not correct to say that we’re not in a long-term bull market with Bitcoin. Nevertheless, Vortex does acknowledge that we are, in fact, in a short-term bear market with Bitcoin. 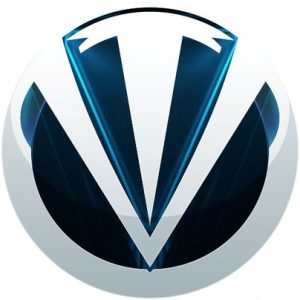 The last bull market lasted 2+ years, according to Vortex, and now that we’re 8 or 9 months into the current short-term bear market, it’s reasonable to conclude that it shouldn’t last too much longer. Vortex then offers two possible scenarios: Bitcoin will either have a rally this fall or next summer. If you look at the history of Bitcoin, according to Vortex, it has to be one of those two choices.

And when the rally does take place, it’s going to be really big, according to Vortex. Cryptocurrencies still have to go down a little bit, and we need to see some stability and some sideways price action in the cryptos. That, however, will set the stage for a crazy, parabolic rally.

Crush the Street has learned a great deal from Vortex, and it is encouraging to know that he does not see the floor falling out from under Bitcoin and blockchain. I’ve only given you a little piece of the interview, so you’ll definitely need to check out the full presentation to get the complete picture of what’s happening in the crypto and blockchain markets right now.

We also highly recommend that you download our latest information-packed reports, including Crush the Street’s report on the fortunes still to come in cryptocurrencies and the blockchain, our top three steps you can take to protect yourself from the death of the U.S. dollar, as well as our full exclusive guide to capitalizing on the emerging movement in artificial intelligence.