PAST THE TIPPING POINT: Representative Roger Goodman on the Current State of Cannabis Legalization

The United States of America is entering into a new and exciting age of cannabis legalization. Progressive and forward-thinking policymakers are learning to accept and embrace the reality that the majority of Americans support cannabis decriminalization. Yet, it’s rare to find a prominent governmental servant who has been on the front lines of the movement from the beginning.

One such rare individual is Roger Goodman, an attorney, member of the House of Representatives of the State Washington, and longtime proponent of marijuana legalization. Representative Goodman, who has worked tirelessly to reform our failed drug laws and to promote cheaper, more effective, and more humane alternatives, can be found on the worldwide web at RogerGoodman.org.

Representative Roger Goodman is completing his sixth term in the Washington State Legislature, representing the 45th District, which includes the Seattle suburbs of Kirkland and Redmond. Additionally, Representative Goodman is Chair of the House Public Safety Committee, with oversight of the criminal justice system, and he is a senior member of the House Judiciary Committee.

Having earned his M.P.A. (Master in Public Administration) from Harvard University and his J.D. from George Washington University, Roger Goodman brings considerable professional experience from his legal practice, from serving in federal and state governments, and from working in the nonprofit world.

Mr. Goodman hit the ground running when he first arrived in the Washington State Legislature in 2007 as Vice-Chair of the House Judiciary Committee, a position he held for six years. He was then named Chair of the House Public Safety Committee, with jurisdiction over the state’s criminal justice system. 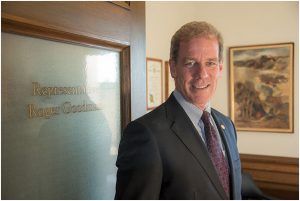 Roger Goodman has led the Legislature to enact a series of important bills, including landmark measures to reduce drunk driving, a major expansion of early childhood education, comprehensive domestic violence law reform, improvements to the court system, and measures to help citizens prepare better for emergencies.

As a State Representative of Washington’s 45th Legislative District, Roger Goodman serves his constituents in multiple capacities. Roger is ranked as one of the most effective legislators in the United States, as half of the bills he has introduced have been enacted into law – a remarkable accomplishment.

Washington was among the first U.S. states to legalize cannabis, and Representative Roger Goodman is on the forefront of this statewide and nationwide movement. Crush the Street recently had the opportunity to interview Mr. Goodman regarding his views on the state of the marijuana legalization movement today.

Twenty years ago, the war on drugs was raging: many people were arrested and thrown into prison – mostly poor people, and mostly people of color.  According to Roger Goodman, most people thought nothing of imprisoning so many people at that time, but he saw that there was something terribly unjust about the war on drugs. We weren’t controlling the drug problem; on the contrary, we were only making it worse. 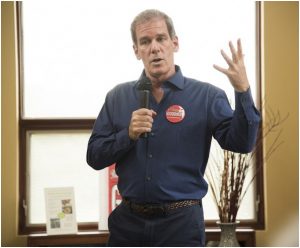 As a result, Representative Goodman made a commitment to reform these laws. According to Roger Goodman, the issue wasn’t the message; it was the messenger – most people knew that the war on drugs was failing, but he needed to get key people and associations on his side in order to enact change.

Thus, Mr. Goodman enlisted bar associations, medical associations, religious groups, and civic leaders to help him spread the message that the war on drugs is a failed policy. What we should be doing instead, according to Roger Goodman, is regulating these substances; furthermore, we should be providing therapeutic care rather than punishing people.

With Representative Goodman’s help, this movement really took off and gave rise to a decade-long reform process. The groundwork was laid and a cultural change had begun: the idea that regulation is a better way to control drugs than prohibition.

In 2012, according to Roger Goodman, that was the beginning of the end of the war on drugs: Washington and Colorado enacted their ballot initiatives, and right now the State of Washington has a mature, well-settled regulatory market for cannabis. Hundreds of licensed producers and retailers are currently following strict regulations, paying taxes, and fully complying with marijuana laws.

Are we at a tipping point in the cannabis legalization movement? According to Roger Goodman, we are way beyond the tipping point in Washington State, and nationally as well as globally we’re moving to the point where cannabis will indeed be a legal and regulated substance.

Crush the Street enjoyed having the opportunity to speak with Representative Roger Goodman in our interview. We certainly encourage you to watch the full interview and to visit RogerGoodman.org for more information on Mr. Goodman’s policies and accomplishments. In addition, feel free to download Crush the Street’s many exclusive reports, including our report on the Green Rush that’s currently taking place in legalized cannabis, our report on the coming artificial intelligence revolution and how you can protect yourself, as well as our report on Aggressive Wealth Accumulation: Fundamental Saving and Cash-stacking Hacks.