Power Moves in Legalized Cannabis: MEGA-CORPORATIONS ARE GETTING IN!

Constellation Brands making a $4 billion bet on Canopy Growth Corp… Cola-Cola preparing to delve into the CBD-infused beverages market… Everywhere you look, there’s no stopping the momentum of the legalized cannabis market. Investors are jumping in, but what’s the best way to capitalize on this growing trend?

We wanted to speak with a highly successful entrepreneur in the legalized cannabis space, so Crush the Street sought the perspective of Dan Anglin, Founder and President of CannAmerica Corp. (CSE:CANA), a marijuana-infused products manufacturer and cultivator of both medical and recreational marijuana products in multiple states including Colorado, Nevada, and Maryland.

Dan Anglin has been a high-profile figure in the marijuana industry since 2011, having owned and operated 38 cannabis licensed businesses across the nation. Mr. Anglin is a national expert in marijuana public policy, having been instrumental in creating legislation that benefits the regulated cannabis industry and serving on rule-making working groups for the Colorado Marijuana Enforcement Division annually.

Mr. Anglin founded and is the Chairman of the Board of Directors of the Colorado Cannabis Chamber of Commerce, an industry-based trade organization that provides advocacy and networking opportunities for the cannabis industry, as well as promoting relationships between the industry and the businesses that service them. 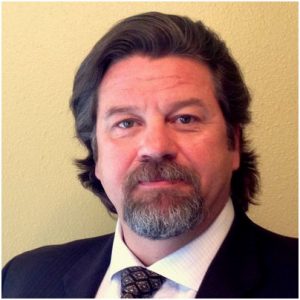 Dan Anglin’s ability to influence marijuana policy is rooted in his professional background in legislative analysis and professional lobbying. Dan has worked in both the Arizona State Legislature and the Colorado General Assembly as a policy analyst, and then as a professional lobbyist for the Colorado Association of Commerce and Industry, and has owned his own lobbying firm (Anglin Public Affairs), where he represented many clients on various issues.

With Dan’s professional passion being rooted in establishing successful regulatory structures for legalized marijuana cultivation, processing, and sales, he was the right individual for Crush the Street to talk to regarding the current state of the cannabis market and the magnitude of gains that can be made for investors in the space.

According to Dan Anglin, the three major brands that are now looking into the legalized cannabis space – Constellation Brands, Coca-Cola, and Pepsi – represent almost 100 brands in the beverages space as well as the snacking market. For example, Pepsi isn’t only about soda, as the company also represents Doritos brand chips.

Mr. Anglin is excited to see the giant beverage and snack corporations getting involved in the legalized cannabis and CBD space, as this is bigger than what people had anticipated; years ago, people assumed that big pharma, big tobacco, or big alcohol corporations would be the ones to take the biggest stake in legal cannabis. 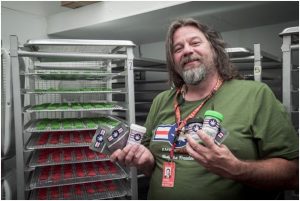 As Mr. Anglin explains it, big brands can bring big branding to their products, and corporations like Constellation Brands, Coca-Cola, and Pepsi are now recognizing how much value there is in CBD for their products. Branding, according to Dan Anglin, is something that CannAmerica has focused on very strongly, and now the company’s brand has become highly recognizable to the growing legalized cannabis consumer base.

For CannAmerica as a known brand, and for Dan Anglin as a U.S. veteran, he wanted to plug into the feeling of freedom – the end of prohibition – and that’s exactly what CannAmerica has created. Just as Coca-Cola, Constellation, and Pepsi have become iconic in the beverage industry, CannAmerica is achieving a similarly successful status in the arena of marijuana-infused products.

In fact, within that niche, CannAmerica has the top-selling product in Colorado, and they have recently entered the Nevada market, where CannAmerica is already making a strong impression among legalized cannabis product consumers. The firm has also recently entered into the state of Maryland, distributing their top-selling line of marijuana-infused products in the state’s highly receptive market. 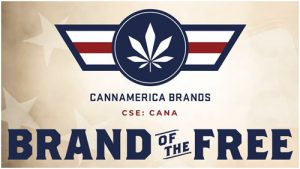 Crush the Street will be monitoring the progress of CannAmerica Corp. and CANA stock very closely – we see Dan Anglin and CannAmerica as power players in the legalized cannabis and CBD market in North America and worldwide.