If I had to choose some descriptive words to characterize today’s markets, “sensible” and “rational” would definitely not come to mind. No, I would instead choose words like “chaotic” and even “schizophrenic” to describe a market that is simultaneously euphoric and fearful, complacent and fragile. Investors in stocks and precious metals could benefit from some sense of direction – a compass to guide them in this strange and seemingly unreadable economic milieu.

Louis Cammarosano, the author of Smaulgld.com, a blog that focuses on the economy, real estate, gold, and silver, recently spoke with Crush the Street about what he’s been seeing in the equities and gold markets in 2018. Mr. Cammarosano provides thoughtful content and analysis on Smaulgld.com, so we looked forward to tapping into his expertise on the current market environment. 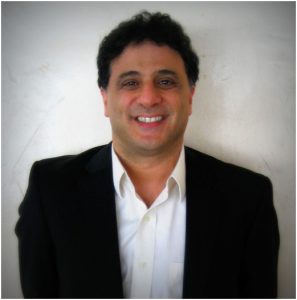 After his law career, Mr. Cammarosano became the General Manager of HomeGain, a major real estate portal. Louis held the GM position at HomeGain from 2005 to 2013, where he navigated the company profitably through the real estate bubble and ensuing financial crisis.

Louis founded Smaulgld.com in 2013 as a blog focused on written and video analysis of the precious metals and real estate markets along with other aspects of the American economy and global financial systems. Additionally, Mr. Cammarosano was a regular guest on CBS radio’s D.C. area morning show Real Estate 360 Live for two years. Often cited in the media as a real estate industry expert, Louis Cammarosano currently provides consulting services for companies on marketing and media strategies.

As we continue into what is becoming the longest U.S. equities bull market in history, we see markets on edge one day from trade war tensions, then brimming with enthusiasm the next day from apparent trade war resolution. Crush the Street asked Mr. Cammarosano about his take on this “schizophrenic” scenario and where the markets are at currently.

According to Louis Cammarosano, in the last four or five years, we haven’t seen a correlation between troublesome news and safe-haven assets like gold going up in value. Rather, what we’re seeing is that the stock markets are going higher no matter what happens in the world. Even with interest rates rising, the stock market just goes up anyway.

In general, according to Louis Cammarosano, the markets have been going higher and it doesn’t matter whether we have good news or bad news: any news seems to be pushing the U.S. equities markets higher. It would seem that the lack of profits, increasing interest rates, geopolitical concerns, and worries about trade wars would slow the growth of equities, but this just hasn’t panned out. 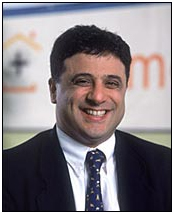 So, how can we account for the stock market going up for the past eight or nine years? According to Louis Cammarosano, it can be traced back to the U.S. Federal Reserve, which has made sure that there have been no prolonged bear markets in the United States. Louis points out that even after the financial crisis in 2008, the same stocks that had tumbled were mostly back within a year.

Call it manipulation or “intervention,” but there’s a great deal of it going on in the financial markets in order to keep the stock market afloat, according to Louis Cammarosano. Louis also pointed out that the Fed almost never talks about gold, and since 1971 (when the government took the U.S. off of the gold standard) they have tried to cut any ties between gold and money.

They simply don’t want to highlight gold, according to Louis Cammarosano; the Fed is in the fiat currency game, and they’re trying to demonetize gold, or at least minimize it. As a result, investors often don’t view gold as a monetary asset like they did before the U.S. government took the nation’s monetary system off of the gold standard.

There’s a wealth of information to be gleaned from Crush the Street’s interview with Louis Cammarosano, so you won’t want to miss a moment of it. Personally, I found it fascinating to get Mr. Cammarosano’s unique take on how we got to where we are in the stocks and gold markets. To get immediate access to Crush the Street’s latest calls in the precious metals markets, you can go here to access our complete guide to gold and silver investing. Other full exclusive reports that are available right now include our also our report on on the three top steps you can take to protect yourself from the impending trouble ahead with the U.S. dollar, as well as our Forever Income report with secure lifetime cash-flow stream strategies.