THE BEST OF BOTH WORLDS: CBD + Mind-Enhancing Drinks = Our Biggest Investment of the Year

Spectacular endeavors are oftentimes born of one individual’s vision, coupled with an unmet need in the world. It might even be a personal struggle that morphs into an opportunity to build a business from the ground up, eventually revolutionizing an entire industry. You might think I’m talking about Bill Gates or Jeff Bezos, but I’m actually referring to an individual and a company that is changing consumer habits right now.

It’s a man and a company that Crush the Street is willing to stake its reputation on: Mr. Chris Miller, the CEO and Founder of KOIOS Beverage Corp. (CSE:KBEV, OTC:KBEVF), located on the worldwide web at MentalTitan.com. Mr. Miller also serves on the board of directors and executive staff at KOIOS in addition to leading the sales and marketing teams.

An entrepreneur at an early age, Chris Miller’s first exit from a company he founded and grew was in 2008, at the age of 27. Chris created KOIOS Beverage Corp. out of the huge need he saw in the marketplace for sustainable and earth-grown products that could enhance human productivity; ultimately, this company would reach hundreds of thousands of people around the United States and Canada within the first three years of operation.

A hands-on leader, Mr. Chris Miller is involved in crafting company culture at KOIOS, executing the vision, and driving high-level marketing and sales efforts. Chris has spoken globally on entrepreneurship and effectively growing sales organizations, and has been recognized as a leader by some of the top organizations in the world for his outstanding leadership and entrepreneurial abilities. 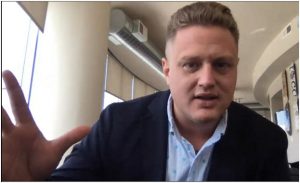 When Crush the Street spoke with Mr. Miller recently, we learned of an inspiring life story and personal struggle that drives him to deliver the best products possible. According to Chris Miller, the healthy beverage company KOIOS is a result of his lifelong interest in human optimization, along with his own struggle with ADHD.

Mr. Miller found that the symptoms of his condition held him back when navigating the competitive modern workplace. Unhappy with the effects of the Adderall he was prescribed, Chris began a search for a natural remedy that would improve his attention and mental capacity.

In this search, according to Chris Miller, he sought a way to optimize his performance without having to resort to sugar, caffeine, or prescription medications. It was a question of how to maximize his brainpower, and Mr. Miller spent years conducting research and looking for natural alternatives.

Along the way, Chris discovered proprietary blends, both in beverage and supplement forms, that helped people to think more clearly, feel better and stronger, and have better memory recall – all 100% naturally. To top it all off, he also found a massive market and a tremendous need for the products that KOIOS delivers.

One of the company’s mission statements and primary objectives, according to Chris Miller, is to help a billion people live healthier lives. In order to accomplish this, Mr. Miller opted to reach a broader market of consumers by offering healthy beverages – and that’s exactly what KOIOS is doing with its line of organic, all-natural, great-tasting drinks. 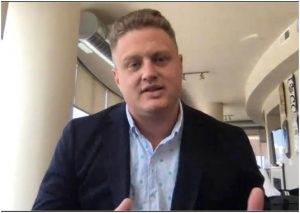 What makes KOIOS so profitable, both for the company and for investors, is the way they perfectly combine multiple highly profitable markets. First, there’s the functional beverage market, which is expected to grow by a CAGR (compound annual growth rate) of 7.4% to $105.5 billion by the year 2021. The functional beverage market is a massive market that has significant appeal to millennials and health-conscious consumers across all demographic brackets.

KOIOS is also capitalizing on the rising popularity of nootropics, which are supplements or other substances that improve cognitive function, particularly executive functions, memory, creativity or motivation in healthy individuals. The nootropic market is projected to grow by an astounding CAGR of 17.9% to $6 billion in 2024.

As if all that weren’t enough, KOIOS is currently also making a move into the CBD (cannabidiol) market with a line of beverages that are infused with non-THC hemp oil to enhance mental clarity and help reduce inflammation in the body. With newly relaxed cannabis laws and the CBD market growing at an extraordinary pace, Chris Miller and KOIOS are making a perfectly timed move into the cannabidiol market. 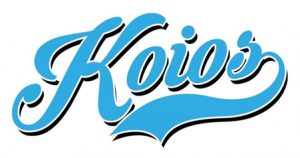 Chris Miller’s epic journey is absolutely worth listening to, so don’t miss Crush the Street’s full interview with the man who brought KOIOS to the world. We’re recommending KOIOS Beverage Corp. and shares of KBEV/KBEVF as the ideal investment in several exciting industries, all with huge upside potential. To get immediate access to our exclusive, fully approved report on the financial windfall that’s happening right now in the nootropic, CBD, and functional beverage markets, go here to download the report today.