The End of Loose Monetary Policy: Should You PREPARE FOR SHOCK WAVES?

With yet another Fed rate hike having taken place recently, and with Jerome Powell signaling aggressive rate hikes going forward, analysts and investors are wondering if, and when, the American economy is going to start feeling the pain. People are simply looking for the truth: when will the tightening of fiscal policy start to take its toll on the economy and the markets?

To get the hard-hitting truths that you just won’t hear about in the mainstream media, Crush the Street turned to James Corbett, the writer, editor, producer, and host of The Corbett Report, located on the web at CorbettReport.com. The Corbett Report is an independent, listener-supported alternative news source that operates on the principle of open-source intelligence and provides podcasts, interviews, articles, and videos.

Having lived and worked in Japan since 2004, James Corbett started the Corbett Report website in 2007 as an outlet for independent critical analysis of politics, society, history, and economics. Topics covered include 9/11 truth and false-flag terror, the Big Brother police state, eugenics, geopolitics, central banking fraud, and more.

Since creating The Corbett Report, James has written, recorded and edited thousands of hours of audio and video media for the website, including a podcast and several regular online video series. Additionally, James Corbett is the lead editorial writer for The International Forecaster, an e-newsletter created by the late Bob Chapman. 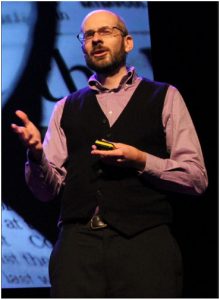 Courtesy of The Corbett Report

No stranger to controversy, James Corbett’s work has been carried online by a wide variety of websites and his videos have garnered over 50,000,000 views on YouTube alone. His satirical piece on the discrepancies in the official account of September 11th, “9/11: A Conspiracy Theory,” was posted to the web on September 11, 2011 and has so far been viewed nearly 3 million times.

Crush the Street asked James about the Fed’s rate hikes and the economic pain that may come as a result. In response to this, Mr. Corbett questioned the assumption that the economic shock waves will, in fact take place.

The real question, according to James Corbett, is whether we actually will feel the pain, since we’re living in an economic fantasy land where bad news is good news. So, every time there’s some potentially economically cataclysmic news, the markets celebrate and reach new record highs.

According to James Corbett, the breaking point was, in fact, reached a decade ago during the financial crisis and its devastating results. This devastating event in economic history was met with trillions of dollars in financial bailouts for Wall Street and big banking institutions. Thus, any idea of moral agency in the economic sphere has been fundamentally removed. 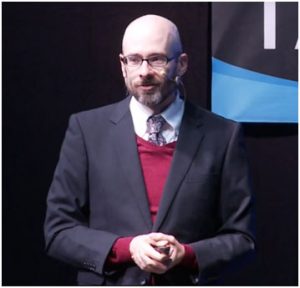 Now, investors are assured that any horrible event that happens in the economy will be met with free helicopter money from the Fed raining down into the markets, according to James Corbett. And since bad news is now considered good news, rate hikes are not having their usual or expected effect anymore.

Stunningly, 93% of the rise from 2008 to 2016 is directly attributable to the money that the Federal Reserve pumped into the system via quantitative easing and other programs, according to James Corbett. Now, they’re hoping that there will be no toxic effects as the Fed attempts to clean up the mess with rate hikes.

As for James Corbett, he’s not buying it: at some point, economic reality will intrude back upon this illusion that the central banks have created. For the time being, however, it’s “party like it’s 1999” – and we all know what happened soon after that fateful year in the markets.

Mr. Corbett had lots more to say about the economy and the lies we’re being fed by the powers that be, so don’t miss a second of this incendiary interview. We also highly recommend The Corbett Report, located at CorbettReport.com, as well as The International Forecaster as essential alternatives to mainstream media sources of information and commentary.

Another critical source of information is Crush the Street’s array of financial reports, which you can download right now. These include our report on Aggressive Wealth Accumulation: Fundamental Saving and Cash-stacking Hacks, our report on the coming artificial intelligence revolution and how you can protect yourself, and our complete guide to gold and silver investing.