The U.S. Stock Market is a GRAND ILLUSION: Claudio Grass on the Debt Cycle and the Real State of the Economy

Surface-level indicators and mainstream outlets are telling a tale that, regrettably, many unwary folks are buying: a fantasy tale of a booming economy. The lack of vigilance is backed up by what looks like real data: U.S. jobless claims have reportedly dropped to 49-year lows, and the stock market is breaking records for the longest stretch without a 20%-or-greater correction.

Is this story to be believed? Crush the Street sought a clear and unbiased perspective in our interview with Claudio Grass of Precious Metal Advisory Switzerland, located on the worldwide web at ClaudioGrass.ch. Mr. Grass is a Mises Institute Ambassador and an independent precious metals advisor based out of Switzerland.

Prior to founding the Precious Metal Advisory Switzerland, Claudio Grass as the Swiss Sales Manager of Logitech from 2007 to 2010, and then as the Managing Director of Global Gold Ltd. from 2011 to 2017. He has been an Ambassador for the Mises Institute, an educational organization that promotes teaching and research geared toward individual freedom, honest history, and international peace, since 2016.

Over the past decade, Claudio Grass has immersed himself in the study of geopolitics and history, as well as a variety of monetary, economic, and political systems and philosophies. Claudio’s perspective on precious metals is that gold and silver should not be seen as a trading vehicle, but as insurance in a highly uncertain world and as a shield against a crash in the monetary and financial system.

Claudio also contends that direct and unencumbered physical ownership of precious metals stored outside the banking system is essential, particularly for anyone who is interested in a real and practical form of insurance against the ongoing problems in our monetary system and the uncertainties in our world today. 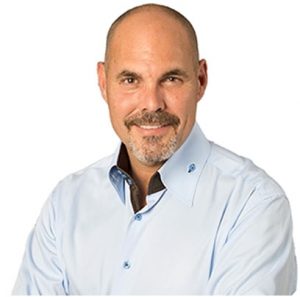 The traditional press insists on looking at the economy through rose-colored glasses, but Crush the Street asked Mr. Grass about what’s really going on beneath the surface. According to Claudio Grass, the fact is that we’re living in a credit-based monetary system: our consumption is based on borrowing, and people are investing in things that they don’t actually own.

When this credit-based system comes to an end, according to Claudio Grass, it will have an impact on people’s lives – but they don’t want to hear about this and aren’t willing to see what’s going on. We’re at the end of a long-term debt cycle, and although no one knows exactly how long it will last, it will end with a crash and it’s just a matter of time.

With recent tax deals and the trade war, according to Claudio Grass, more money is flowing into the United States. This is driving the U.S. dollar up but creating a deflationary environment and wreaking havoc on emerging markets, which are having difficulty repaying their debts, which are often in U.S. dollars. 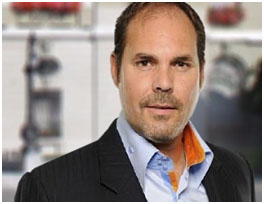 Ultimately, according to Claudio Grass, the U.S. Federal Reserve will have to decide whether they intend to pursue a strategy of higher interest rates, which will benefit the United States. If they choose that path, it will create a huge problem with a deflationary environment in the rest of the world.

It’s much easier to see where we are in the debt cycle when we look at the big picture. Looking at the economy in the United States, according to Claudio Grass, we see an accumulation of 98.5% of the nation’s total debt since 1971. Yes, the equities markets are up, but that’s a grand illusion. At the end of the day, investors need to ask themselves what they need to do to prepare for the changes that are coming as we work through these long-term economic cycles.

Crush the Street’s interview with Claudio Grass touches upon a number of critical financial topics, so you won’t want to miss a minute of it. You also need to take a look at Crush the Street’s prodigious offering of must-read reports, which include our all-inclusive guide to precious metals investing, our exclusive report on the massive profits flowing into the artificial intelligence sector, plus our guide to the fortunes that will be made very soon in cryptocurrencies and the blockchain.