THE WHOLE SYSTEM HAS TO COME DOWN: jsnip4’s Joe Brings the Real Talk on the U.S. Markets

It’s an unusual time to be in the financial markets now, with the Fed in the process of raising interest rates and analysts scrambling to call equity market tops. With 2000 and 2008 in the rear-view mirror, is it time to start bracing for a market top or even a global recession?

With these thoughts in mind, Crush the Street had a no-holds-barred talk with Joe from the very popular jsnip4 YouTube channel, also known as Realist News, where Joe talks about money, finance, cryptocurrencies, and the elimination of fake news in general. You can also find Joe on the news and discussion website RealistNews.net.

Joe is known as a straight-up kind of guy: real talk and no nonsense. On his jsnip4 YouTube channel, Joe examines important news stories and separates the truth from the hype and propaganda. Digging deep into the news and reporting on what’s going on in finance, politics, the economy, and more, Joe is a go-to source in the alternative news sphere. 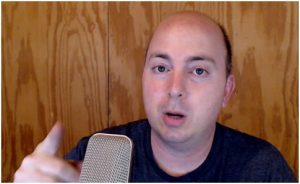 With over 80,000 YouTube subscribers and a loyal following that depends on him for real news and views, Joe is a sought-after guest on multiple alt-news platforms. He’s a repeat guest on Crush the Street and always brings incisive and hard-hitting analysis.

Crush the Street wanted to get Joe’s take on the economy and markets in light of the Fed’s more aggressive rate-hike policy, and fortunately we had the opportunity to ask him about that exact topic. According to Joe, we all saw what happened in 2008-2009 and we’re starting to see the Fed saying and doing the exact same things once again.

Ben Bernanke used to say, “We have more tools in the toolbox,” but ultimately we have to deal with the repercussions of the Fed’s actions and the massive bubbles they create. And according to Joe, with the Fed is raising the 10-year Treasury yield by a quarter-percent here and a quarter-percent there, it’s going to be painful for investors.

What Joe predicts, therefore, is that we’re going to go back to low interest rates – but it’s not going to have the same impact as it did before, according to Joe. That’s because before, the rates were much higher: 6, 7, or 8 percent. Starting from those higher numbers, it’s much more impactful when the Fed drops rates way down.

On the other hand, if you’re only starting from 3 or 4 percent, dropping rates won’t have much of an impact, according to Joe, since you were already starting from a low point. And no we’ve got a decade-old bull market and an asset bubble that never really corrected like it should have, simply because the Fed didn’t allow it to. 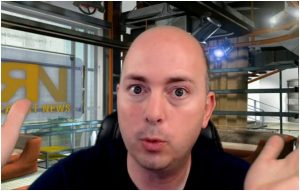 Speaking frankly, Joe concluded that the whole system has to come down, including the stock market. Looking at 2018, we ran up the market and then came right back down – not a good sign – and furthermore, we’ve got trade wars, terrorism, a strong dollar, and other headwinds to contend with. And when the trend reverses – when the dollar turns south and emerging markets go north – it’s not going to bode well for the American economy and markets.

The entire interview with Joe is power-packed and I guarantee that you won’t want to miss a minute of it. You should also visit the jsnip4 YouTube channel, also called Realist News, as well as the truth-seeking news and discussion site RealistNews.net.

Speaking of truth-seeking, I also invite you to check out Crush the Street’s full line of essential economic reports, which includes our top three steps you can take to protect yourself from the death of the U.S. dollar, our guide to wealth-building strategies in the gold and silver markets, as well as our guide to the fortunes that will be made very soon in cryptocurrencies and the blockchain.