TO MISLEAD AND MANIPULATE: Alex Newman’s Exposé on the Mainstream Media’s Post-election Agenda

Countless American citizens place their trust in the mainstream media outlets as their primary source of news and analysis. These news sources have the power to influence elections as well as what takes place in their aftermath – but what is their real agenda, and how much of what’s reported can we really count on as accurate and balanced?

Providing a direct and objective assessment of America’s mainstream media reporting is Alex Newman – a journalist, speaker, and a regular contributor to The New American magazine, which is published in print form but is also located on the worldwide web TheNewAmerican.com.

Having earned a bachelor’s degree in journalism from the University of Florida in December of 2007, Alex has been working for The New American as a freelance journalist and also owns a consulting firm. His frequent topics include economics, education, finance, banking, business, and politics. Mr. Newman grew up in Latin America, Europe, and Africa, giving him a unique insight into world events. 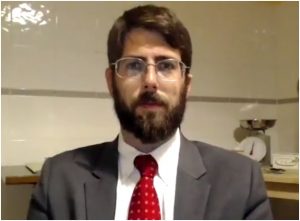 Specifically, The New American seeks to restore and retain the values and vision that made America great: limited government under the Constitution, the freedoms that the Constitution guarantees, and the personal responsibility a free people must exercise to stay free. In the area of foreign policy, The New American’s viewpoint is based on avoiding foreign entanglements and going to war only when necessary to defend the nation and its citizens.

Unlike myriad news outlets that deceptively slant the news while claiming to be “objective,” The New American forthrightly acknowledges an editorial point of view. The reporters of this publication always approach the news honestly, relying on facts and reason to make their case and allowing the chips to fall where they may.

Many of The New American’s articles expose media deception and political cover-up; the publication warns against those forces, both inside and outside of government, seeking to consolidate political and economic power nationally and internationally. Other articles examine the goodness of America and the greatness of the nation’s founding principles, and offer realistic hope that America can be saved.

In addition to political topics, The New American also publishes articles about economics (from a free-enterprise perspective), culture, and history. It is published by American Opinion Publishing, a wholly owned subsidiary of The John Birch Society.

In a fascinating interview with Crush the Street, Mr. Newman discussed the true agenda of the mainstream media in the aftermath of the current midterm election cycle. According to Alex Newman, the traditional media are not reporting to inform people; rather, they’re engaging in deception in order to mislead and manipulate them.

Instead of starting out with truth and then determining how to convey it to the audience, the media starts out with their agenda and then figures out a way to manipulate the audience in order to support that agenda. Yet they have failed in their attempts, according to Alex Newman, as the media has lost all credibility with the public. 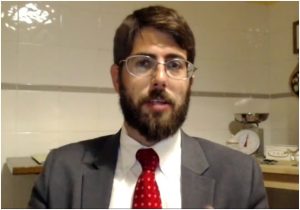 As Mr. Newman points out, a poll that came out after Trump was elected showed that a mere 6% of Americans trust the media. This most recent cycles of elections revealed and reinforced just how little the American public trusts – and ought to trust – the traditional media platforms.

What the media’s coverage of the midterm elections has shown, according to Alex Newman, is that their attempts to spin a phony narrative have fallen flat with the American public. This has only helped to bring more readers and viewers to the alternative media, which is much better at providing accurate information without the biased agenda.

Fortunately, the public does indeed have access to alternative information sources like Crush the Street and TheNewAmerican.com. According to Alex Newman, the alternative press has a massive advantage over the mainstream media: we have the truth on our side and so we don’t need the propaganda machine and the deep pockets that the traditional press needs to perpetuate their agenda of mendacity.

Summing it all up, Mr. Newman reminded us that the truth is very powerful and we must persist in educating the public. If we don’t succeed, the consequences will be cataclysmic – but if we do succeed, this could open up a new era of liberty, productivity, and prosperity in America.

This interview can and will change how you view the news, politics, and the media forever, so be sure to view the presentation in its entirety. You’ll also want to check TheNewAmerican.com frequently for unbiased and uncompromising news with no agenda or ulterior motives.

Finally, don’t miss out on the crucial economic reports brought to you exclusively by Crush the Street, including our Forever Income report with secure lifetime cash-flow stream strategies, our guide to the fortunes that will be made very soon in cryptocurrencies and the blockchain, plus our full page of highest-conviction wealth-generating reports that can all be accessed right here.