TRUTH EXPOSED: The U.S. Government HAS NOT Been Fighting ISIS

The American populace is expected to trust our government and our elected leaders to act in the best interests of the people, both of United States and abroad. And yet, beneath the curtain we find violations of the very laws and agreements that these leaders helped to establish in the first place. Has the war on terrorism actually been carried out as reported, and what level of misconduct has gone unreported by the mainstream media?

Crush the Street spoke about these urgent issues with Eva Bartlett, a Canadian freelance journalist and rights activist with extensive experience in Syria and in the Gaza Strip, where she lived for three years. Eva’s courageous and incisive coverage can be found on her blog, In Gaza and Beyond, which can be found on the worldwide web at Ingaza.Wordpress.com.

Twice arrested in Palestine due to her volunteer work, and ultimately deported after a third 4-day arrest by Zionists, Eva Bartlett was banned by the same entity from Palestine in December of 2007. Undeterred, Eva entered Gaza in November 2008 by boat, traversing Palestinian waters as part of a volunteer movement to bring attention to the siege on Gaza. 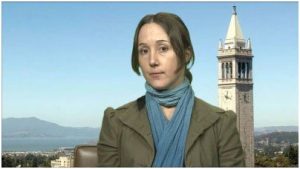 A truly hands-on reporter, Eva documented the 2008-9 and 2012 Israeli war crimes and attacks on Gaza while riding in ambulances and reporting from hospitals. From Nov 2008 to June 2010, Ms. Bartlett stayed continuously in the Gaza Strip, doing volunteer work with fishers and farmers and writing about the siege on Gaza, all the while coming under fire from Zionists on the sea and along the border.

Eva finally exited through the Egyptian-controlled border in June 2010, returning via Egypt to Gaza in mid-2011 and staying there, on and off, for another year and a half until March of 2013.

In her years in Gaza from 2011 until March 2013, Eva Bartlett lived in a home with a Palestinian family near a refugee camp, taking local public transportation and enduring power outages, lack of water, warplane flyovers and bombings from above.

Since April 2014, Eva Bartlett has visited Syria eight times, notably visiting the site of alleged chemical attacks and taking the testimonies of medical staff and civilians there. Underneath the medical facility where alleged victims were allegedly treated, Eva filmed a segment of the labyrinth of tunnels terrorists had used to move undetected. Ms. Bartlett also visited regions that were a mere 200 meters from a terrorist mortar and missile workshop.

Crush the Street asked Ms. Eva Bartlett whether she has noticed a significant, material difference between the past and current U.S. administrations in their dealings with the Middle East. According to Eva Bartlett, the overall policy concerning regime change continues in Syria, though she cannot be 100% certain of what the current administration’s intentions are.

All she can say on the matter, according to Eva Bartlett, is that the U.S.’s presence in Syria is illegal. It is contrary to international law, and the U.S., whether under the current administration or its predecessors, have not been fighting ISIS. 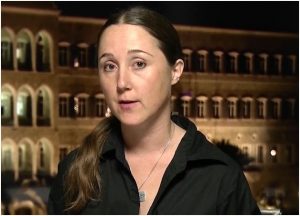 According to Eva Bartlett, the U.S. government has been doing everything it can to allow ISIS to flourish. The only people who have been fighting ISIS are the Syrian Arab army, the Russian forces and their regional allies. So, while she could not discern the current administration’s long-term goal, Ms. Bartlett did say that the United States’ presence in Syria and their backing of Kurdish militias is all illegal.

There’s an immense amount of propaganda that we’ve been told from day one, according to Eva Bartlett, about what has been going on in Syria and what’s best for the Syrian people. Exactly why the West and the United States in particular wants to occupy Syria and topple the Syrian government is a multi-layered issue, but there’s little doubt that the U.S.’s interests in the currency wars are a major factor.

Crush the Street’s interview with Eva Bartlett is absolutely fascinating and will change the way you view the government’s actions and intentions in Middle Eastern geopolitics and warfare. After watching the full interview, we recommend that you go to Eva’s blog, In Gaza and Beyond, located at Ingaza.Wordpress.com, for more top-notch reporting on international politics and issues.