WE ARE GOING OFF THE CLIFF: A Discussion on the Current Economic Environment with Jerry Robinson

The government’s take on the economy is, as usual, highly optimistic. They’re got their own number to “prove” this, and the mainstream media is buying it hook, line, and sinker. But not everyone agrees with the government’s assessment that the current economic environment is positive: there are a few dissenters, and there’s an important message about the economy that needs to be told.

Among the dissenters isJerry Robinson, an economist, veteran trend trader, serial entrepreneur, best-selling author, and author of FollowTheMoney.com. Crush the Street recently took the opportunity to interview Mr. Robinson to get his seasoned perspective on the situation he sees in the U.S. economy today.

Mr. Jerry Robinson has over 20 years of successful trading experience with special focus on swing trading and position trading. You’ll definitely want to check out his free podcast, Follow the Money Radio, with a new episode each week at FollowTheMoney.com.

Follow the Money is a fiercely independent investment research firm led by Mr. Robinson and run by a nationwide team of financial experts who boast a combined 203 years of experience in the financial markets. Since 2010, more than one million Follow the Money readers and premium members from around the globe have enjoyed Jerry’s profitable and cutting-edge investing insights. 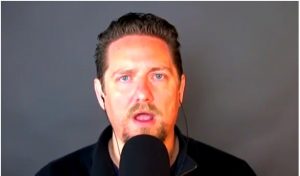 Jerry is passionate about fact finding, asking questions, and seeking the truth above all else. His vast experience sets Jerry Robinson apart and inspires his efforts to get to the bottom of things in true “Follow the Money” fashion. And although he has never been an “insider” on Wall Street, Jerry has used his own Profit Trakker trend-trading system to ride many major market uptrends.

Jerry’s book, Bankruptcy of Our Nation,provides an eye-opening critique of America’s debt-based economic system. He has regularly appeared on popular radio and television programs and has lectured to audiences in the U.S. and around the globe.

In 2012, Mr. Robinson uprooted his family from the suburbs of Houston, Texas and now lives a more sustainable (about 80% off-the-grid) lifestyle in the beautiful Ozark mountains in Northwestern Arkansas. Jerry Robinson has spoken at conferences, universities, and organizations all around the globe for more than a decade; he is highly sought after, year after year, for interviews and speaking engagements.

Since Mr. Robinson is well-versed in multiple areas of finance, Crush the Street inquired about his views on the economic situation today. According to Jerry Robinson, the current economic environment is extremely dangerous; he believes that it has been that way for a long time, but we’ve had a lot of Band-Aids that cover up the real underlying issues that are going are going to have to be faced.

So far, according to Jerry Robinson, the lack of character, foresight, and wisdom within our leaders has left our economy in a particularly precarious state. To put it bluntly, as Jerry did, our economy is facing serious issues as we go forward.

This was an intense and important interview with Mr. Robinson, so I strongly advise that you view the entire presentation from beginning to end. You should also check out Jerry’s podcast, Follow the Money Radio, which features a new episode every week at FollowTheMoney.com, as well as Jerry Robinson’s book (which I consider to be required reading), Bankruptcy of Our Nation.

Plus, for more insights into the most vital topics in finance and economics, you can download Crush the Street’s large selection of essential reports, which include our guide to wealth-building strategies in the gold and silver markets, our top three steps you can take to protect yourself from the death of the U.S. dollar, along with our exclusive report on the massive profits flowing into the artificial intelligence sector. 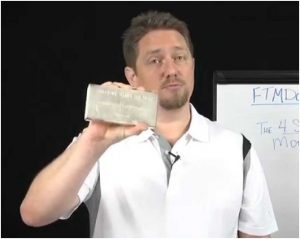 Those who would boast about the state of our economy (at least in the near term) might point to the jobs numbers, as well as the latest quarterly GDP figures in the United States, which were at 3.5%. However, according to Jerry Robinson, that doesn’t do anything to solve the longer-term issues facing the economy.

These issues, according to Jerry Robinson, include an unbelievable amount of debt facing the United States, historic deficits, depleting oil and other of the earth’s resources as if the next generation didn’t exist… The list goes on and on. We’ve got a debt-based monetary system, where usury is considered the norm. There is no brake pedal, and in terms of the U.S. economy, we are going off the cliff.