WE ARE ON BORROWED TIME: The Dire Future of our Debt-Based Economy

It’s no exaggeration to say that the American economy has bred a nation of debt slaves. Owing money is a way of life in the U.S. – not just tolerated, but actually encouraged and abetted by the government and the financial elite. We’re all enjoying the benefits of our debt-based economy, but are we really just existing on borrowed time?

In search of answers, Crush the Street was lucky enough to spend some quality time with economist, entrepreneur, investor, and YouTuber Andrei Polgar. Mr. Polgar owns the website AndreiPolgar.com as well as the popular YouTube channel One Minute Economics. Andrei is an expert on a range of topics, including economics, corporate and personal finance, exotic assets, entrepreneurship, and Internet marketing.

As a serial entrepreneur, Andrei Polgar has owned three hosting businesses, several development businesses, an auction platform, an escrow service, a digital asset brokerage service… the list could go on and on. Andrei invests in premium domains as well as cryptocurrencies, and firmly believes that digital assets represent the number-one investment opportunity of our generation. 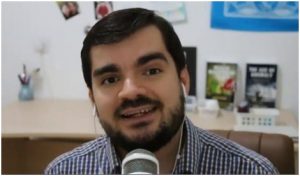 Mr. Polgar also teaches people economics through his One Minute Economics YouTube channel and through books, including USA Today and Wall Street Journal bestsellers such as The Age of Anomaly. Andrei accepts consulting, interview, or partnership requests through his website, AndreiPolgar.com.

In speaking with Andrei, Crush the Street sought some perspective on our debt-based economy and how this unsettling scenario will play out. According to Andrei Polgar, in the United States consumers have come to accept the unprecedented as status quo: post-recession quantitative easing, for example, pumping money into the system is now considered normal.

And, just as the public has accepted “unorthodox” monetary policy as normal, consumers have also come to accept “unusual” debt levels, which would have seemed ludicrously high in past generations, according to Andrei Polgar.

One striking example would be Japan, which has an astronomical debt-to-GDP ratio of 200%. Knowing this, some investors shorted Japanese bonds – and that trade was so bad that it became known as the “widow maker.” Thus, markets can remain irrational for a surprisingly long time.

This, however, doesn’t change the fact that we are on borrowed time, according to Andrei Polgar. Americans are enjoying the benefits of this debt-based system, whether we individually take on debt or not – and it cannot go on forever.

Without predicting an exact date when the system will collapse, according to Andrei Polgar, we must understand that we are living in an age of anomaly. Therefore, as investors, we much hedge accordingly. 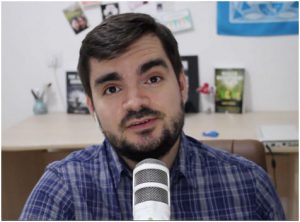 While it is true that a central bank can control how much money it prints, it cannot control what happens next, according to Andrei Polgar. And if the Fed pumps a ton of money into the economy, but that money ends up in the reserves of the banking system and just sits there, hyperinflation can be averted – for now, at least.

But, as time passes, inflation does take hold, at least in certain asset classes: the stock market, cryptocurrencies, short domain names… These “pockets on anomaly” are the warning signs of an unprecedented situation, according to Andrei Polgar, and economists will continue to be baffled as the market tries to wrap its head around this bizarre scenario we find ourselves in.

Crush the Street wholeheartedly agrees with Andrei’s analysis of the current state of our fragile, debt-based financial system. Our interview with Andrei Polgar is absolutely essential viewing for anyone concerned about the state of the economy or their savings. Additionally, I strongly advise that you head over to AndreiPolgar.com as well as the One Minute Economics YouTube channel.

To fully prepare your portfolio in these uncertain times, you need to check out Crush the Street’s selection of exclusive reports, including our report on the top 3 steps you can take to protect yourself from the demise of the U.S. dollar, our guide to the fortunes that will be made very soon in cryptocurrencies and the blockchain, along with our guide to wealth-building strategies in the gold and silver markets.