What’s the FUTURE OF CRYPOCURRENCIES? Is it Bullish or Bearish?

Cryptocurrency investors have had widely mixed results in these rough-and-tumble markets, to say the least. Depending on when they got in and out of it, traders and investors have made fortunes, lost their entire position, and everything in between. It’s tough to get a reading on such a volatile sector of the economy, and people definitely want to know whether they can believe in the future of cryptocurrencies.

To get an authoritative perspective on today’s cryptocurrency market, Crush the Street chatted recently with Joël Valenzuela, Chief Editor and Public Outreach Director at Dash Force News, which can be found on the worldwide web at DashForceNews.com. Dash Force News is the world’s premier news service covering Dash and the exciting emerging field of digital currency. Funded by the Dash DAO treasury Dash Force News is run by industry professionals and is committed to being the most trustworthy news resource on Dash and digital currency.

Joël is a veteran writer and journalist in the cryptocurrency space, having previously written for Coin Telegraph, and has spoken at numerous conferences including the Texas Bitcoin Conference and Liberty Forum. He attended George Wythe University for undergraduate studies in Statesmanship, and postgraduate studies in Global Affairs at the University of Buckingham. He previously had a long professional history in politics, having worked for the Cato Institute and the White House, among others. 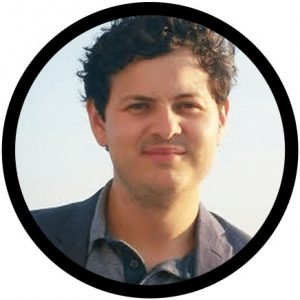 Mr. Valenzuela has also held the position of Editor at The Desert Lynx, where he wrote the majority of the content and managed the video content as well as the social media for that publication. In addition, Joël has held prominent positions with Americans for Prosperity, Liberty Upward, The Rebel Love Show, Latino News Today, and the Western Center for Journalism.

Crush the Street wanted to pick Joël’s brain regarding what’s happening in the cryptocurrency space today, since he has been involved with cryptos since 2013 and is known as an authority on this topic. According to Joël Valenzuela, many people simply didn’t give cryptos much respect before the price ran up; critics would call Bitcoin a “flash in the pan” during those years.

Then Bitcoin and other cryptocurrencies has a massive price surge, and people concluded that these digital assets are real and are here to stay, and that’s when they took their positions as investors. However, according to Joël Valenzuela, when the price corrected, many of these investors changed their minds about the future of cryptos.

But according to Joël Valenzuela, the fundamentals of cryptocurrencies haven’t changed at all. Don’t get the wrong impression: he has seen many digital projects come out of the big price spike, often with a “throw anything at that wall and see if it sticks” approach that’s not backed by anything really viable. Indeed, those projects are slowing down now, but that doesn’t mean that cryptocurrencies as a whole have slowed down. 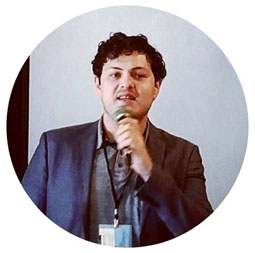 On a fundamental level, Mr. Valenzuela has a bullish outlook on cryptos in general. According to Joël Valenzuela, sometimes in market cycles we see a massive expansion of investing (like we saw with Bitcoin in 2017) that experiences a correction, and some people see it as a “bad thing” that needs to be heavily regulated. But what many people fail to see is the world-changing innovations that arise from this opportunity to invest one’s capital.

In other words, according to Joël Valenzuela, the 2017 price run-up in cryptocurrencies wasn’t “too much, too soon” or something that needs to be contained. Sure, there were investors who engaged in excessive speculation, but for those who view the technology as a game changer in the financial system rather than just as a way to get rich quickly, Joël is confident that the next run-up will be sustainable as it will be based on the viability of digital technology.

Crush the Street concurs with Joël Valenzuela’s outlook on the technology underlying Bitcoin and some other cryptocurrencies, which has the potential to disrupt the financial system as we know it today. We recommend that you go to DashForceNews.com and take a look at all of Joël Valenzuela’s timely contributions to the ongoing dialogue in the cryptocurrency space.

You also need to get your copy of Crush the Street’s research-backed financial reports, as they are available for download right now. These include our guide to the fortunes that will be made very soon in cryptocurrencies and the blockchain, our Artificial Intelligence Investing Playbook with critical info on the big changes coming in machine learning, plus our full page of highest-conviction wealth-generating reports that can all be accessed right here.