WILL CRYPTOCURRENCIES BECOME WORTHLESS? Taylor Monahan on the Enduring Value of the Crypto Ecosystem

Some critics will assert that Bitcoin and blockchain are nothing but a fad, equivalent to Beanie Babies and Pogs from the 1990s. There are even folks who would say that cryptocurrencies have no value and will eventually be completely worthless, and the depressed prices of cryptos in 2018 have provided fodder for their arguments. And so we ask: Where are we in the crypto markets, and will cryptocurrencies continue to have value?

Helping us to answer some of these pivotal questions regarding cryptocurrencies is Taylor Monahan, Founder and CEO of MyCrypto, located on the worldwide web at MyCrypto.com. Taylor is a true visionary in the crypto space, someone who struck while the iron was hot when cryptocurrencies and blockchain were just coming to the fore, and Crush the Street had the privilege of speaking with Ms. Monahan not long ago.

MyCrypto is an open-source, client-side tool for generating ether wallets, handling ERC-20 tokens, and interacting with the blockchain more easily. Developed by Taylor Monahan for the crypto community in 2015, MyCrypto is focused on building awesome products that put the power in people’s hands.

MyCrypto has become one of the leading blockchain interfaces, but this is not Taylor’s first foray into the crypto space. Previously, Taylor Monahan had founded MyEtherWallet with Kosala “Kvhnuke” Hemachandra in 2015. MyEtherWallet is a very popular open-source, client-side interface for generating Ethereum wallets and more, where users can interact with the Ethereum blockchain easily and securely. 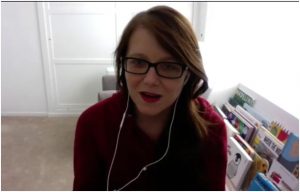 MyCrypto was originally a forked site from MyEtherWallet, but now MyCrypto is a well-regarded platform in its own right. Since starting the site as a simple paper-wallet generator, Taylor Monahan has expanded the reach and feature set of MyCrypto, built a team of talented and empathetic people, and welcomes new challenges each day.

In addition to her role at MyCrypto, Ms. Monahan is also a front-end developer at Mangrove Web Development. She loves the fast-moving, iterative adventure that encompasses the blockchain space and looks forward to ushering in the decentralized future with easy-to-use products.

When Ms. Monahan spoke with Crush the Street, she schooled us in the finer points of Bitcoin and cryptocurrencies in general. According to Taylor Monahan, after Bitcoin slowly ramped up from $50 to $100, then to $200, and then shot up bubble-style to $1,200, two things happened: first, the market corrected, much like we’ve seen this year.

The second thing that happened back then in 2013, according to Taylor Monahan, was that Mt. Gox got hacked; if you recall, Mt. Gox was the biggest cryptocurrency exchange in the ecosystem at that time. Everyone in crypto was using Mt. Gox at that time – even if you were using a different exchange, they were storing the funds in Mt. Gox. 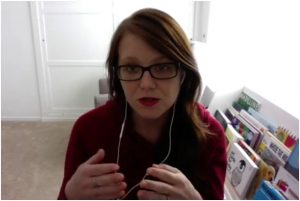 As a result, according to Taylor Monahan, everyone in the ecosystem either lost their funds because Mt. Gox got hacked, or else they lost their funds because they bought at the top. The biggest difference between 2013 and now, Taylor explains, is that it was much more primitive back then: there were only very rudimentary versions of exchanges and strong security standards and protocols weren’t in place yet.

Therefore, when the Mt. Gox hacking occurred, the entire system was traumatized, including the investors who lost their funds. Today, in contrast, the cryptocurrency ecosystem has a lot more going for it. According to Taylor Monahan, there are much better security protocols, better infrastructure for crypto networks, and much more staying power – for example, in Etherum and Monero, which have proven themselves and demonstrated that they have staying power.

Sure, there are folks who are only speculating in cryptocurrency, according to Taylor Monahan, but there’s also plenty of value being created by the builders in the crypto space. And frankly, the builders and developers aren’t worried about the price of the cryptocurrencies: they’re busy moving the technology forward and ensuring a sound ecosystem in which blockchain and cryptocurrency technology can continue to exist.

So yes, cryptocurrencies will have enduring value well into the future. Taylor Monahan and her team at MyCrypto are working hard to ensure that the blockchain and cryptocurrency space provides value for all users, so we recommend that you visit MyCrypto.com and see for yourself the amazing platform that Ms. Monahan has created.

You also need to head on over to Crush the Street and check out our premium line of top-notch economic reports, including our guide to the fortunes that will be made very soon in cryptocurrencies and the blockchain, our Artificial Intelligence Investing Playbook with critical info on the big changes coming in machine learning, plus over a half-dozen of Crush the Street’s exclusive reports on dividend riches available from this page.