The healthcare business is hugely profitable, but some areas are more lucrative than others. And while most retail stock traders haven’t caught on to it yet, companies that patent new and innovative drugs are among the most profitable businesses in the pharmacology sector.

Being first to market is a critical aspect of this business model for companies that focus on the research and development of novel drugs. You’ve seen the intense competition among drug-makers as the race to develop, patent, and get approval for a COVID-19 vaccine heats up.

You’ve also seen how many of the companies in that vaccine approval race have become famous in both the scientific and stock trading communities. Just the hint of progress in developing a novel medical solution has prompted stock traders to bid up the prices of some of these stocks.

It’s incredible to witness because some stocks have already doubled or tripled in value before the drugs are even developed and the patents are finalized, but it just goes to show that patenting novel therapeutic solutions can be the key that unlocks vast wealth for early-positioned shareholders in the right company.

While many companies scramble to compete in the pandemic competition, there’s actually an entirely separate area that’s essentially “Blue Ocean,” meaning that there’s the potential for one company to develop a new market and thereby dominate it with little real competition.

Again, the moneymaking potential of being first to market with a novel drug patent is enormous. The potential here is magnified because in this instance, there’s just one company that’s far outpacing any possible competition in its R&D progress.

Specifically, the company is Champignon Brands (CAD: SHRM, US: SHRMF) and the R&D domain is the use of psychedelics such as psilocybin and ketamine in the treatment of depressive disorders. That does include depression but also encompasses anxiety, PTSD, OCD, and even drug and alcohol addiction. 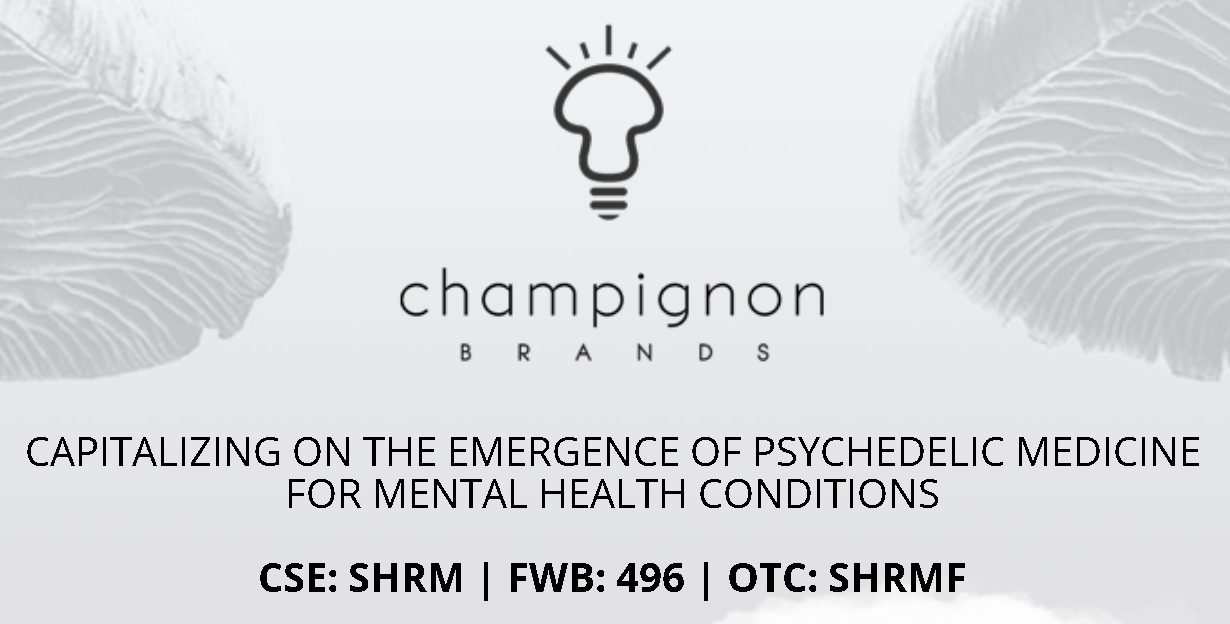 In other words, through a proactive approach to unexplored R&D in the area of psychedelic medicine for mood disorders, Champignon is simultaneously attempting to create and capture a brand-new pharmaceutical market. That’s how the company is building a competitive moat that Champignon’s shareholders can bank on.

The CRTCE has already generated around $1,000,000 in revenues during its first full year of operations, but that’s really only the beginning because AltMed has expansion plans underway for five additional clinics in various U.S. states and a target timetable to be fully operational in the second half of 2020.

This is a prime and rare example of what it means to take full advantage of a blue-ocean opportunity: be the first and the best in a specific high-need area, get the approval and patents, and create a foothold in the market that you helped create.

Over 75% of people around the world struggling with depressive disorders are inadequately treated, so there’s unquestionably an intense demand for newer, better, and less addictive treatments for this unfortunate condition.

The CRTCE is forging pathways towards novel treatments where no other clinic has fully explored. The combination of a high-need area that’s ripe for R&D and a lack of any serious competition have empowered a single company, Champignon Brands, to step in and take the role of market creator, developer, and leader.