DE-RISKED AND READY TO MOVE: THIS ONE’S ALREADY VETTED AND APPROVED!

Over 75% of people suffering from major depressive disorders today are not being adequately treated. As an alternative to medications of questionable effectiveness, psychedelic medicines like ketamine and psilocybin are taking center stage in the scientific community.

While these medical solutions have been around for a long time, it’s only recently that mainstream science is finally starting to recognize the potential here. A gradual and persistent migration occurs where renowned medical experts rightfully take up the cause of groundbreaking alternative medical treatments and that’s HAPPENING NOW.

A top-ranked and well-recognized expert in the area of depressive disorders just made a move that will change the medical landscape as we currently know it. When we look at the details, it makes perfect sense that this expert should join with an up-and-coming superstar in the medicinal psychedelic space.

Here’s the rundown: Champignon Brands (CSE: SHRM, OTC: SHRMF) is a pioneer and disruptor in developing novel treatments for a range of issues, including depression, post-traumatic stress disorder (PTSD), and substance and alcohol abuse disorders. The company already has two clinics designed to develop unique treatments, with five additional clinics projected for this year. 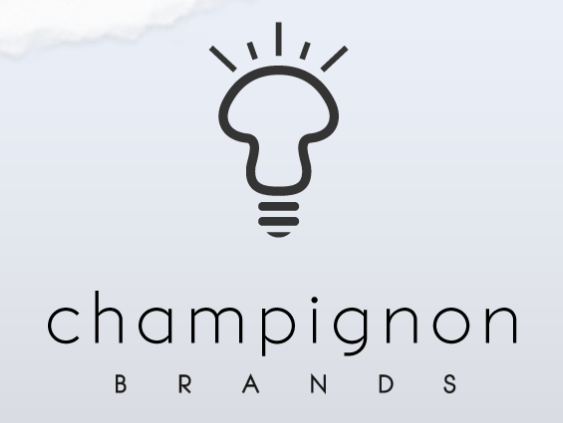 That’s how you avoid the home-run-or-strikeout gambler mindset. The strategy is to get behind a risk-reduced, value-added company like Champignon Brands (CSE:SHRM, OTC:SHRMF). The company has two clinics to research, develop and deliver medical treatments for mood disorders including depression, post-traumatic stress disorder (PTSD), anxiety, and more.

This company has already rocked the scientific community with its rapid progress in researching and developing potential solutions for depression and other disorders through rapid-onset treatments, such as ketamine.

Champignon’s flagship clinic has already been approved by Health Canada to dose eligible patients with psilocybin, so medical experts and investors alike are eyeing this small company as a potential market mover in 2020.

While Champignon’s research clinics provide a huge competitive advantage, there’s another thing that has galvanized the industry. In a real stunner of a development, Dr. Roger McIntyre recently took the position of Chief Executive Officer at Champignon Brands.

Dr. McIntyre’s credentials and achievements are too numerous to list here. Heck, even the highlight reel would take a while. For starters, Dr. McIntyre is a Professor of Psychiatry and Pharmacology at the University of Toronto and he’s head of the Mood Disorders Psychopharmacology Unit at the University Health Network in Toronto.

He was named by Clarivate Analytics as one of The World’s Most Influential Scientific Minds in each year from 2014 to 2019. When it comes to analyzing and researching mood disorders, including depression, Dr. McIntyre is regarded as a premier expert worldwide.

As a Champignon explains, Dr. McIntyre’s proven ability to lead, delegate, and execute in research and development will undoubtedly provide lasting value to the company and its shareholders.

For investors, you’re looking at a company that’s taking its already considerable competitive advantage to the next level. Champignon already has in-house clinical infrastructure, which will save time and capital compared to companies that outsource their research and development.

Champignon Brands now has Dr. McIntyre, an inspiration to the medical community for decades and a long-standing influencer in the field of mood disorders. With Dr. McIntyre as the CEO, Champignon will continue to lead the field and provide absolutely outstanding value to shareholders.

This is a BLUE OCEAN moment; psychedelic molecules such as ketamine and psylocibin is in such an EARLY STAGE that there are only a handful of major companies in the world that are currently engaged in advancing products to the market.