The Walls are Coming Down Globally for Cannabis Restrictions

If you haven’t started a position in cannabis stocks yet or you’re building and diversifying your cannabis allocations, your timing is still very strategic. You might feel like you’ve missed out on the cannabis market boom of the past couple of years, but believe me when I tell you that we’re only in the beginning stages – there’s much more to come, and it’s upside from here.

But you don’t want to wait too long, either.

Folks who waited too long to buy Amazon or Google stock missed out big-time and would now have to pay over $1,000 per share for these stocks.

Today, there are cannabis stocks that are expensive like Amazon and Google, while others are still lying under the radar. Those lesser-known companies are the ones you want to look for because the valuations are still unbelievably cheap and they have game-changing upside potential…

I’ve made it my mission to uncover the MOST undervalued stocks in the CANNABIS space as we close out what I’m calling the LAST MAJOR trend alert THIS DECADE!

Wall Street analysts see not only big profits ahead, but big merger activity as well: according to portfolio manager Korey Bauer, cannabis M&A activity came to $13.8 billion in 2018, up sharply from $3.5 billion in 2017, and “M&A activity will remain elevated throughout 2019 as the first quarter was particularly active.”

I personally have no intention of watching cannabis companies reap billions of dollars without finding a way to participate in the wealth. Everyone deserves to make money from the cannabis revolution – including you!

This is 21st-Century Prohibition Unleashed, and a Green Rush is Emerging…

Globalization is the key to cannabis riches in 2019. Focusing all of your efforts on the U.S. and Canada was a perfectly fine strategy in 2017 and 2018, but that’s not cutting it anymore in an interconnected, multinational, trade-driven economy.

With a market cap of CAD$200 million, which is equivalent to USD$150 million, ICC’s current valuation is absurdly low – though I’m not expecting it to stay low for much longer.

There’s no other cannabis company with the international distribution networks, licenses, and connections needed to capitalize on the global cannabis economy like ICC does. Through their subsidiary, Cosmos Holdings, ICC has gained access to a distribution agreement that reaches 39,100 pharmacies in 16 countries.

Their Ebersbach cultivation facility in Dresden, Germany is massive and is one of only three in the entire country with an EU-GMP medical-grade permit. It’s a ripe market for long-term growth: with a population of over 82 million, Germany is Europe’s number-one economy, and the German patient population for medical cannabis includes more than 79,000 active patients – up significantly from only around 800 in 2017.

***Note: Germany has the highest VALUE per patient in all of Europe***

When we look under the hood of this story in the making, it’s mind-boggling that the stock shares are still trading at the current price.

The replacement cost of ICC’s German facility alone is USD$125 million, and with their CAD$45 million in cash in the bank, you have a situation where the shares are trading for the value of the cash and the German replacement cost alone. At this price, all the other assets and licenses are essentially priced at zero!

Among these other assets are ICC’s Polannabis facility: located in Poland, Polannabis has access to over 850 acres of premium hemp crops and is estimated to produce up to 6,800 tons of material for CBD extraction.

This just came across my desk: ICC just signed a definitive agreement to acquire 49.9% of Wayland Group Corp.’s international cannabis asset and license portfolio – believe me, the industry has never seen anything of this magnitude.

This deal will open up the cash registers by Q3 of this year, with estimates of USD$90M/year!

After signing this deal to control nearly half of Wayland Group’s international cannabis assets, ICC will now have 16 licenses spanning 12 countries and 4 continents, all with a central function to supply high-grade cannabis to the global market.

This is literally record-breaking, as the Wayland Group deal will provide ICC with distribution or supply agreements with over 39,000 pharmacies and retail outlets, plus an astounding 30,000-kilogram EU-GMP medical cannabis import agreement over a three-year term.

This agreement also grants ICC a nearly 50% interest in a German medical cannabis import license, along with a gigantic 840,000-square-foot facility with a 50,000-square-foot certified packaging/distribution center.

Industry insiders and institutions are buzzing about this deal and starting to take positions, and I certainly can’t blame them. The estimated revenues are USD$90M per year, so that alone is USD$270M over the term of the Wayland deal – nearly twice ICC’s current market cap! 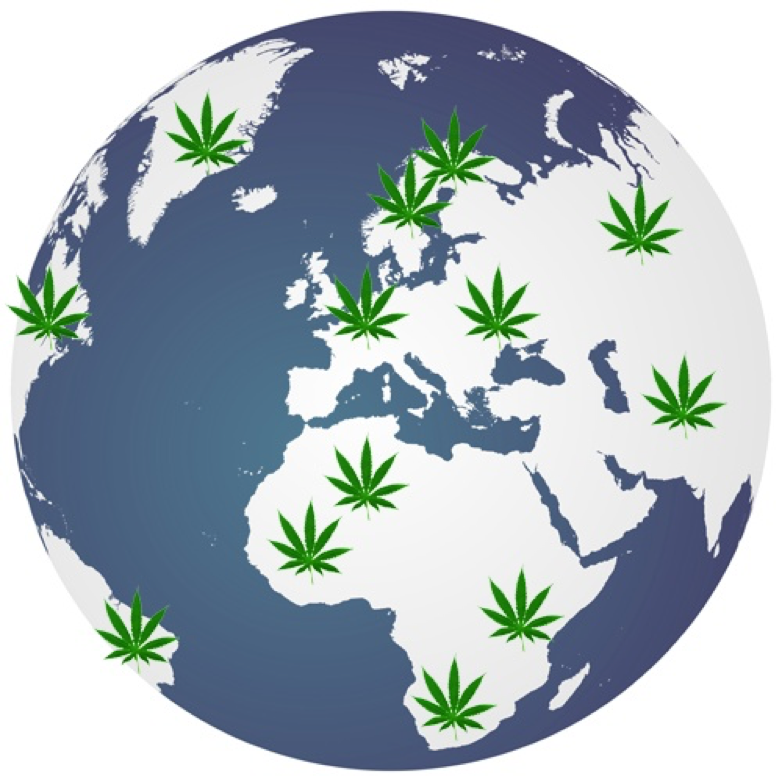 On Top of a Winning Horse is Always a Great Jockey

As if all that weren’t enough, there’s also an exciting development in ICC’s recent appointment of David Shpilt as the company’s new CEO. Mr. Shpilt, an early mover in the global cannabis space, has pioneered novel and first-of-its-kind solutions across the product ecosystem, benefiting businesses, patients, and the community at large.

A retired board-certified manual osteopathic practitioner who serviced tens of thousands of patients over the length of his career, David Shpilt has owned and operated various healthcare-centric enterprises and successfully founded 12 clinics across Ontario over a 9-year period, all of which continue to thrive today.

Equipped with a robust network of international contacts within the cannabis industry and a deep understanding of patient education and services, David Shpilt will prove to be a very valuable asset to ICC and its shareholders.

In my opinion, the market is completely mispricing this outstanding opportunity in regards to ICC International Cannabis Corp. (CSE: WRLD.U & OTC: WLDCF)!

My goal is to be spring-loaded to the upside for the next 1 to 3 years in the cannabis space, which I believe could catapult our portfolios and add a comma or two to our account statements.

In 2019, I’m backing the truck up on this specific cannabis company, which is arguably one of the most undervalued, globally-diversified vehicles in the investment space at the moment. However, I don’t expect this company to stay under the radar for too much longer, which is why I’m introducing it to you first.

I’m very SERIOUS; we will never get an opportunity like this again! This is the end of a prohibition.

This space needs to be taken very seriously.

The cannabis sector is still early-stage, and the upside is better than I’ve ever seen!

You have a chance to be a part of what will become history for this company!

Just like in the alcoholic beverage industry where there are a number of billion-dollar giants, cannabis will be shoulder-to-shoulder with that sector, and as we are seeing, the first-movers are starting to emerge.

As for the cannabis market, it’s not just a local phenomenon anymore: it’s bigger, it’s broader, and it’s growing day by day… Fortunes will inevitably be made!

Get updates on International Cannabis Corp and
more Wealth Building Ideas for the new economy.

Never base any decision off of our emails. CrushTheStreet.com stock profiles are intended to be stock ideas, NOT recommendations. The ideas we present are high risk and you can lose your entire investment, we are not stock pickers, market timers, investment advisers, and you should not base any investment decision off our website, emails, videos, or anything we publish.  Please do your own research before investing. It is crucial that you at least look at current SEC filings and read the latest press releases. Information contained in this profile was extracted from current documents filed with the SEC, the company web site and other publicly available sources deemed reliable. Wallace Hill Partners LTD is owned by the same beneficial owners of Future Money Trends LLC, has entered into a three year agreement with International Cannabis and have received one million and two thousand dollars and one million eight hundred thousand shares paid for directly by the company. Never base any investment decision from information contained in our website or emails or any or our publications. Our report is not intended to be, nor should it be construed as an offer to buy or sell, or a solicitation of an offer to buy or sell securities, or as a recommendation to purchase anything. This publication may provide the addresses or contain hyperlinks to websites; we disclaim any responsibility for the content of any such other websites.  Please use our site as a place to get ideas. Enjoy our videos and news analysis, but never make an investment decision off of anything we say. Please review our entire disclaimer at CrushTheStreet.com.