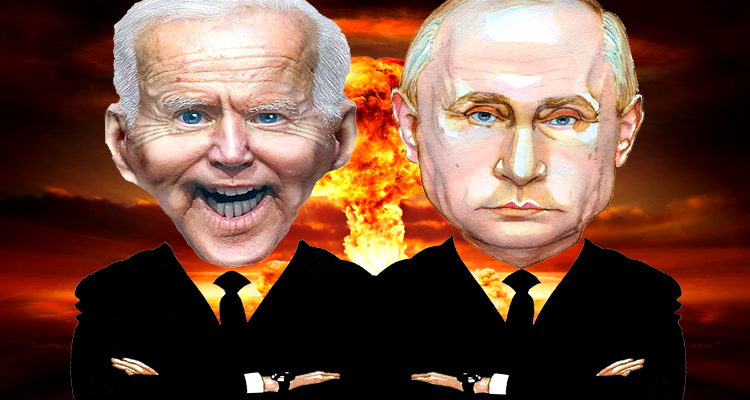 Times have certainly changed since President Trump sat in the oval office while enmeshed in a battle with swamp creatures and the mainstream media over accusations of collusion with Russia. False allegations of being a Russian asset, Putin’s patsy, soft on diplomacy, and a traitor have been confirmed to be the baloney and weaponized political pandering it truly was. Back in July of 2018, I penned “Helsinki Trump/Putin Meeting is for Establishing Trust Instead of McCarthyism and War” and said:

“Watching the mainstream news coverage originating from an ego-wounded NATO, the European Union globalists, or a selection of U.S. fake news punditry and Deep State think tanks would have you believe we’ve timewarped into a twisted 21st century form of progressive McCarthyism”

Behind politicos’ pomposity and the biased media, the reality is that Trump was tougher on Russia than many of his predecessors. He armed Poland and Ukraine instead of only sending blankets, extended NATO operations in ways that Obama and Biden failed to do in response to the invasion of Ukraine and annexation of Crimea, and implemented sanctions that remain intact today over numerous issues.

This morning, President Biden is only a few hours away from having a face-to-face sit-down with Vladimir Putin in Switzerland that follows his G7 and NATO headquarters visit. Folks, I think we are in deep trouble on many levels as the U.S. struggles to exit the economic damage from a pandemic while coming to terms with civil unrest and a political atmosphere fraught with socialist ideals and policy.

Here are a couple of examples of how Biden stumbled through the G7 and NATO meetings from a well-known talk radio host and a flashback from a respected journalist. 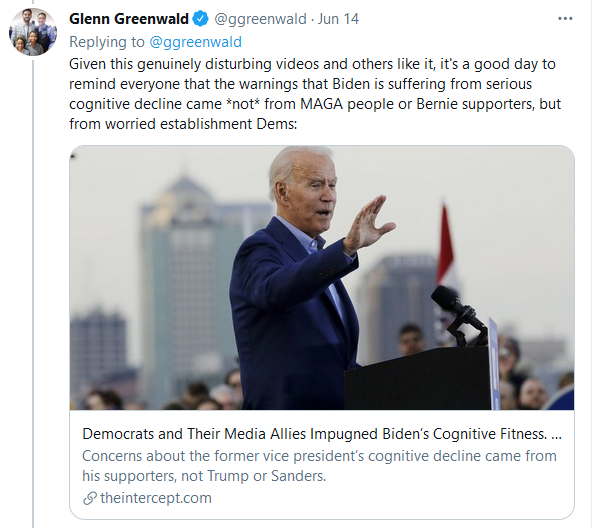 Before you worry about any potential impact on financial markets due to tomorrow’s FOMC monetary policy decisions or further deterioration of U.S. diplomacy following Biden’s sit-down with Putin, I suggest you review “The Surge of ‘Little Green Men,’ and Metal is Poised to Strike,” published on Apr. 11, 2021. The recent skirmish between Russian troops and separatists with the Ukrainian military was blunted by a provisional ceasefire, but all of the hardware and troops that Russia amassed on Ukraine’s border this year remain intact despite reports to the contrary.

“On March 30, 2021, the U.S. European Command raised its watch level from ‘possible crisis’ to ‘potential imminent crisis’ (the highest level) in response to the buildup of Russian forces on the border with Ukraine… If you have any doubt about adversaries’ view of the Biden administration, consider the diplomatic disaster that took place between Biden’s delegation and Chinese officials in Alaska last month. Read the opening statements in the transcript with a barf bag handy.”

Three months ago, Biden referred to Putin as a “killer without a soul” and Putin promptly challenged Biden to a public debate for the world to witness. That offer was disregarded by the Biden administration for obvious reasons.

Vladimir Putin challenges Joe Biden to live debate… “I want to propose to President Biden to continue our discussion, but on the condition that we do it basically live, as it’s called, without any delays and directly in an open, direct discussion… it seems to me that would be interesting for the people of Russia and for the people of the United States. With regard to my U.S. colleague’s remark, we have, indeed, as he said, met in person. What would I tell him? I would say stay healthy. I wish him good health. I am saying this without irony or tongue in cheek.” – Washington Times, Mar. 18

Russia says US ‘missed opportunity’ for diplomacy by blowing off debate with Putin… “‘Another opportunity has been missed to search for a way out of the dead end in Russian-American relations caused by Washington. Responsibility for this lies entirely with the United States,’ it said. White House press secretary Jen Psaki shot down Putin’s request to take part in a public debate, saying the president ‘is quite busy.’” – New York Post, Mar. 21

This week’s meeting between Biden and Putin will not be available for public consumption, and that makes Biden appear unsure of himself before even arriving in Geneva. Biden also rejected a post-summit press conference with Putin and quipped that their meeting is not a contest about who can perform better. Instead, Biden will take questions from the press by himself, as the Russian state media is very busy with presenting Biden as mentally incapable of withstanding any public scrutiny.

Can you imagine the field day the U.S. media would have had if Trump refused a joint presser with Putin? They would have suggested there was something to hide as Putin’s patsy. Biden is blowing his opportunity to present strength from the U.S. because joint-leader press conferences tell a story about the issues discussed in private and the relationship and attitude to expect going forward. Any pontification from a subjective pulpit will leave too many unknowns open to interpretation at a time when successful diplomacy is desperately needed. A humble display of human imperfection would go much further in mending fences than a censored display of fear.

Biden aides lower expectations ahead of Putin summit… “The White House on Tuesday lowered expectations as President Biden arrived in Geneva, Switzerland, for his summit with Russian President Vladimir Putin — with a senior Biden administration official telling reporters they are ‘not expecting a big set of deliverables’ from the Wednesday talks.” – New York Post, Jun. 15 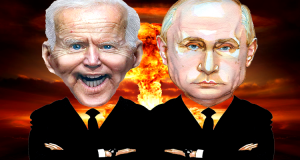