Uber Failure: What We Can Learn from the Bursting of the IPO Bubble

Neophyte investors all have the same fantasy: buy the next Amazon, the next Microsoft, the next Apple. These were all IPO’s at one time, after all, so why not hitch a ride to the next headline-grabbing public offering and watch the profits roll in?

That sounds like a great idea in theory, until we drill down to the realities of IPO investing. Hype and fanfare are poor predictors of the success of a new stock, and the Amazons of the market are few and far between. And the recent millennial-era raft of IPO activity has spawned a number of financial black holes that have robbed hapless investors of millions or even billions of dollars.

Within the span of a month, WeWork’s valuation tumbled from $47 billion to $10 billion; Neumann was removed as CEO and the initial public offering was delayed indefinitely. That IPO still hasn’t happened, and Japanese investing firm SoftBank has potentially lost billions, not to mention its reputation. 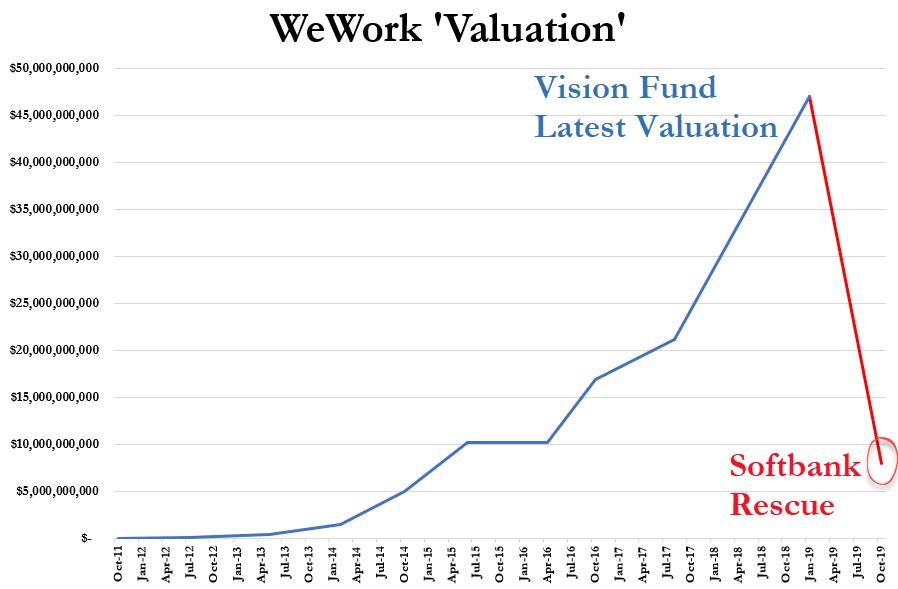 With an $8 billion investment, SoftBank also happens to be the biggest shareholder of ride-sharing company Uber. The initial public offering, which took place on May 10 of this year, was hailed in the mainstream media and on message boards as a game changer and a bellwether of the IPO revolution.

Many inexperienced investors got on their Robinhood apps and bought shares at or near Uber’s $45 IPO price. Some IPO stockholders enjoy a quick pop before the fade, but Uber investors didn’t even have a grace period: the share price unceremoniously sputtered out, and as I write this, the Uber stock price stands at $27 and change.

Not to turn this into a SoftBank story, but the venture-capital investment firm has already lost over $600 million on its Uber investments. As for Uber itself, the ride-sharing company is bleeding cash and is likely to lose over $3 billion in adjusted EBITDA in 2019. And as for Uber’s IPO investors at $45, they might get their money back someday – but don’t count on it.

Uber clone Lyft presents a similar story arc: Lyft stock was priced at $72 at its March 29 IPO, and hype-fueled investors basically ignored the fact that the company had lost hundreds of millions of dollars last year. At the time of this writing, Lyft stock is trading at $42 and change.

Want more examples? No problem – I’ve got tons of them. Feel free to pull up the chart of Pinterest stock, which peaked in August above $36 per share and is currently struggling at the $20 level. The lesson to be learned here is that for every unicorn that ends up being a Facebook, there’s another one (or two, or perhaps twenty) that ends up being a Pinterest/Uber/Lyft/etc.

And then there’s my favorite example of all: Beyond Meat. This was supposed to be the ultimate expression of millennial mindfulness, a company that would take on American fast-food companies and provide a healthier alterative with plant-based burgers.

Isn’t it ironic, then, that Beyond Meat now depends upon a capital injection from McDonald’s just to stay afloat? What happened to the plant-based rebellion, the meatless manifesto, the veggie uprising? In any case, Beyond Meat stock was promptly pumped up to its post-IPO pinnacle of around $235 but now trades in the $82 area.

Please don’t get the wrong message from this – I’m not telling you to avoid IPO’s completely. However, I will advise caution and due diligence if you’re going to allocate your hard-earned capital into an IPO: use small position sizes, and only invest after conducting thorough research and carefully considering the risks involved.

Most of all, remember that hype doesn’t make an investment better, and oftentimes the most profitable investments start out as under-the-radar opportunities. Crush the Street will, as always, continue to separate the winners from the sinners, bringing you the absolute best and helping you avoid the rest.